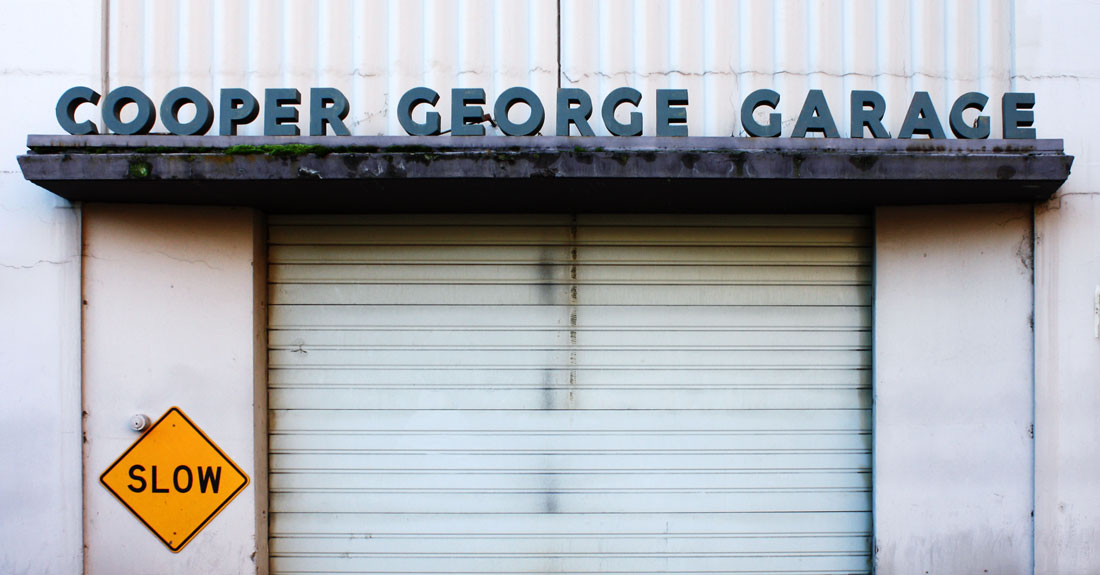 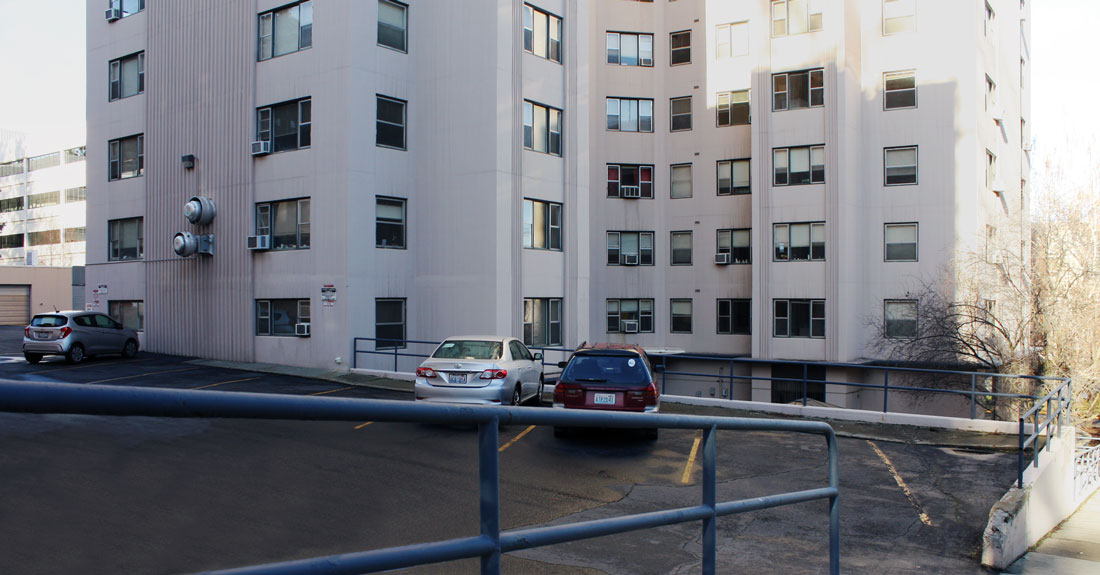 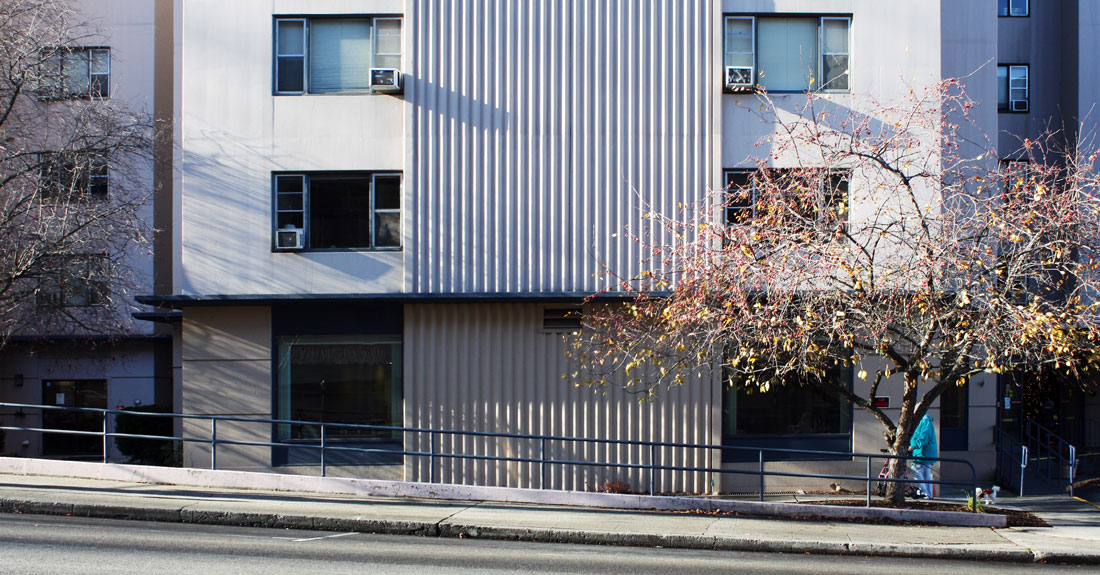 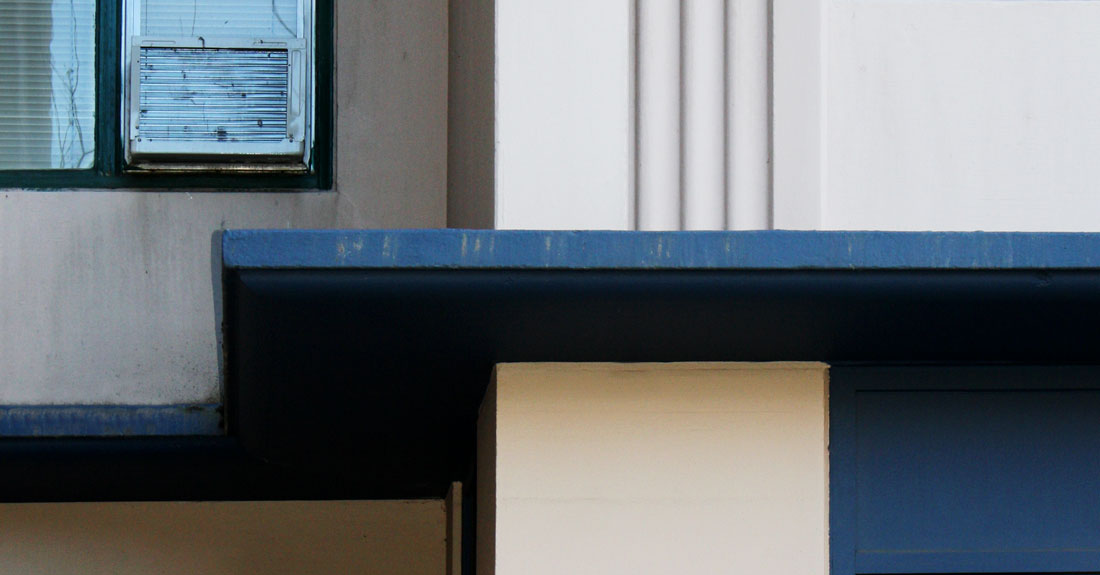 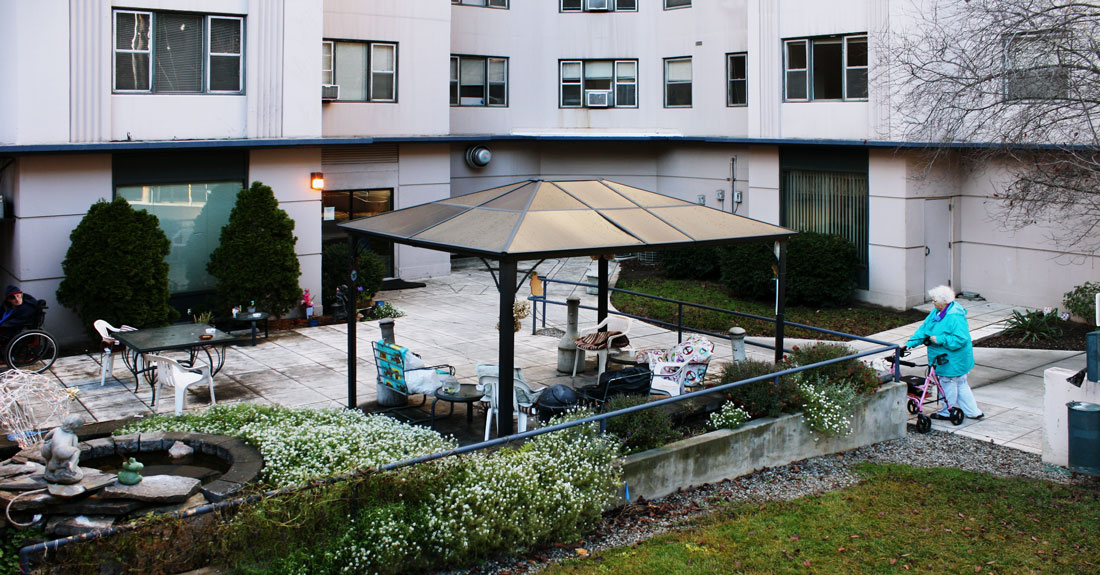 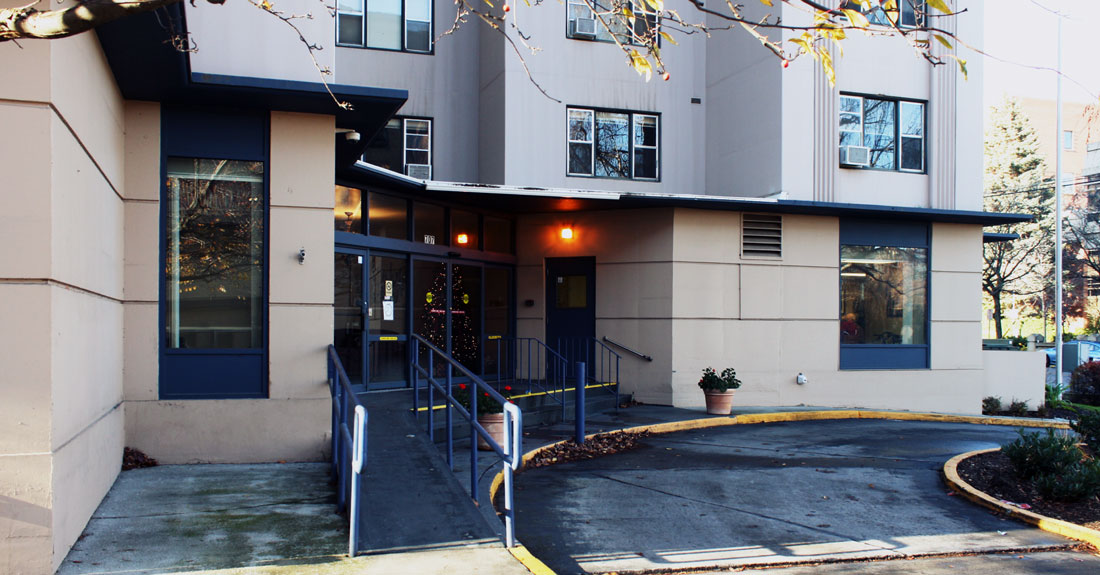 The Cooper-George Apartments and Garage was designed by architects Whitehouse & Price and developed by investment broker J.L. Cooper and construction contractor Henry George. Spokane’s first senior apartment community, it boasted two dining rooms, a grocery store, dry cleaners, a beauty shop, and a doctor’s office. There was a waiting list for the 145 deluxe units – and 16,000 people in attendance at the March 16, 1952 grand opening. “The building’s directory,” wrote Spokesman-Review reporter Frank Bartel, “read like a social register of Spokane at midcentury.”

The building was renovated in 1992 and renamed South Hill Senior Living, a retirement and assisted living center. In 2013, the building was purchased and renovated again – this time to accommodate modest-income residents 55 years of age and older residents – and offered 150 units ranging from 400 SF in size to 1,100. In March of 2017, it was announced that the building would be redeveloped into a multifamily residential structure.

Fellow Cornell University graduates Harold C. Whitehouse and Ernest V. Price formed Whitehouse & Price in Spokane in 1913. The firm stayed in operation for the next 51 years, until Price retired in 1964. One of the region’s pre-eminent architectural practices, Whitehouse & Price designed more than 2,400 commissions throughout the northwest – though it’s perhaps best known for Whitehouse’s majestic Cathedral of St. John the Evangelist on Spokane’s South Hill. The breadth of the firm’s projects is impressive, ranging from the mimetic literalism of the Benewah Milk Bottle to Eastern State Hospital, and includes hundreds of homes in Spokane alone. Whitehouse & Price designed numerous large-scale, complex buildings, including schools, churches, and hospitals throughout the Pacific Northwest. In addition, a number of prominent Spokane architects got their start at Whitehouse & Price.