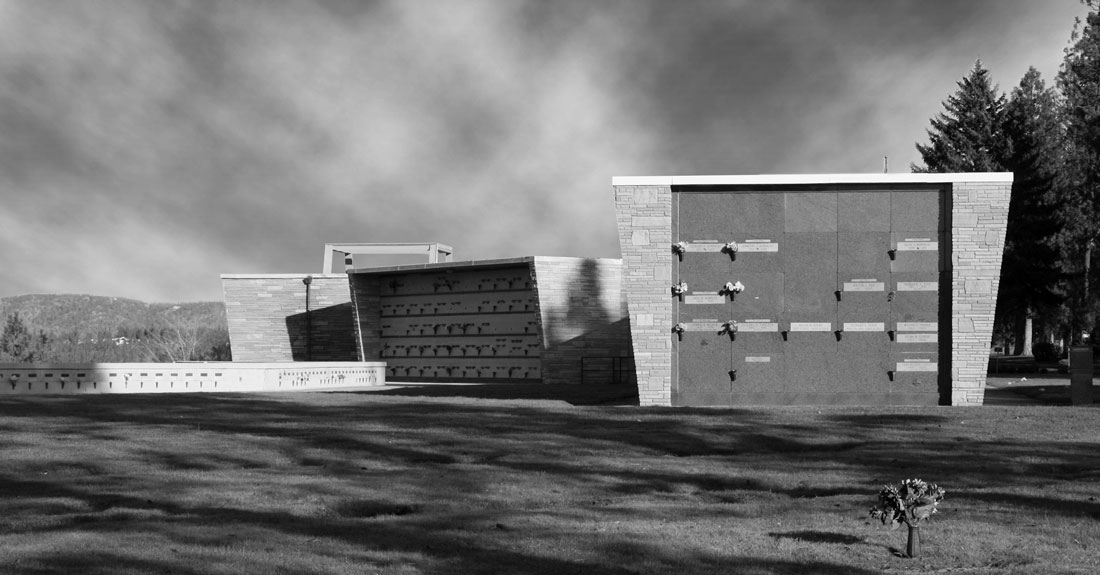 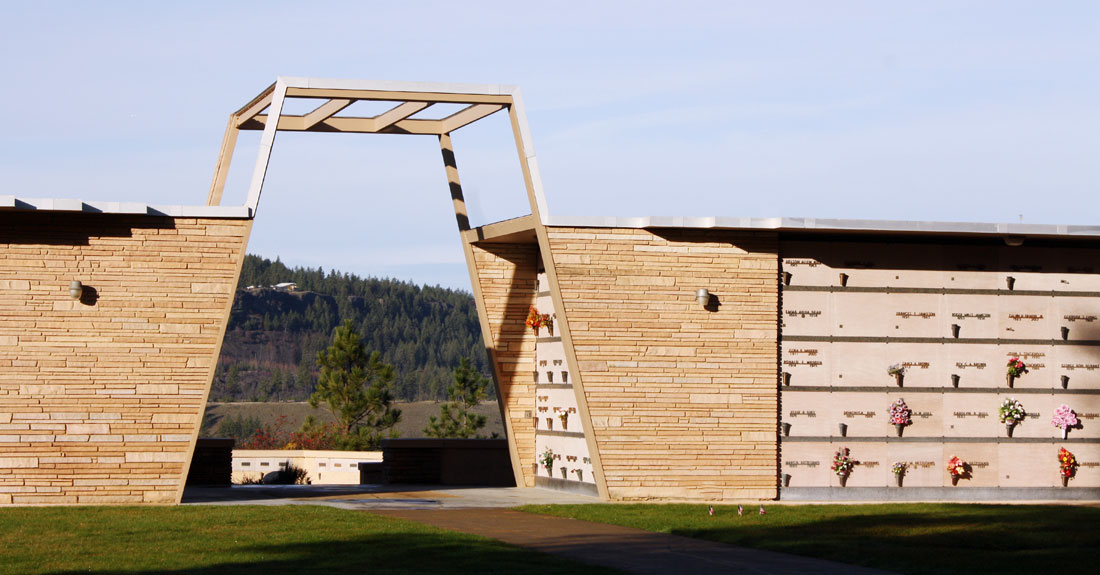 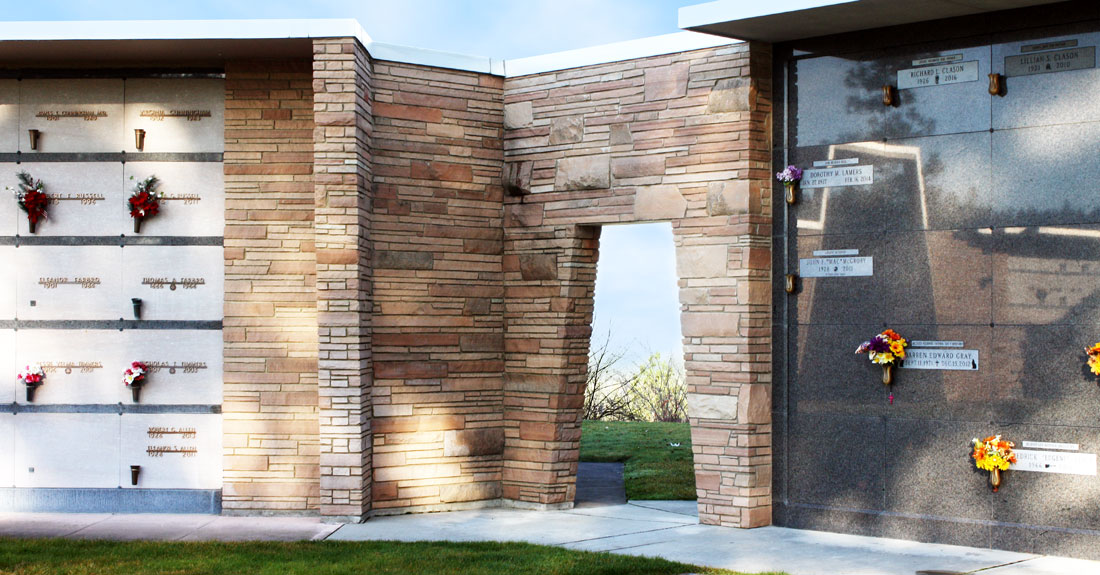 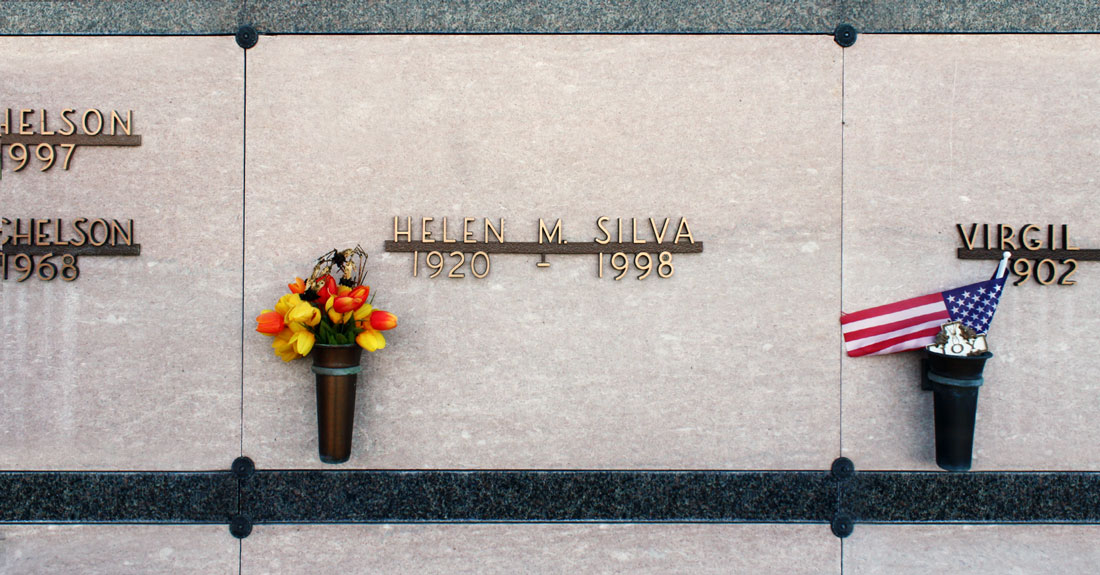 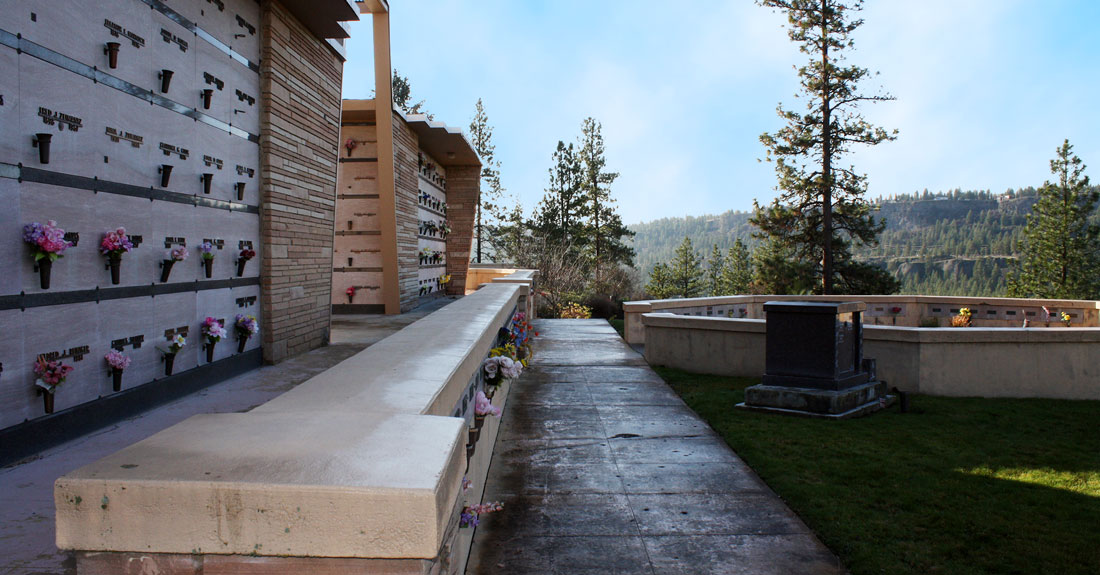 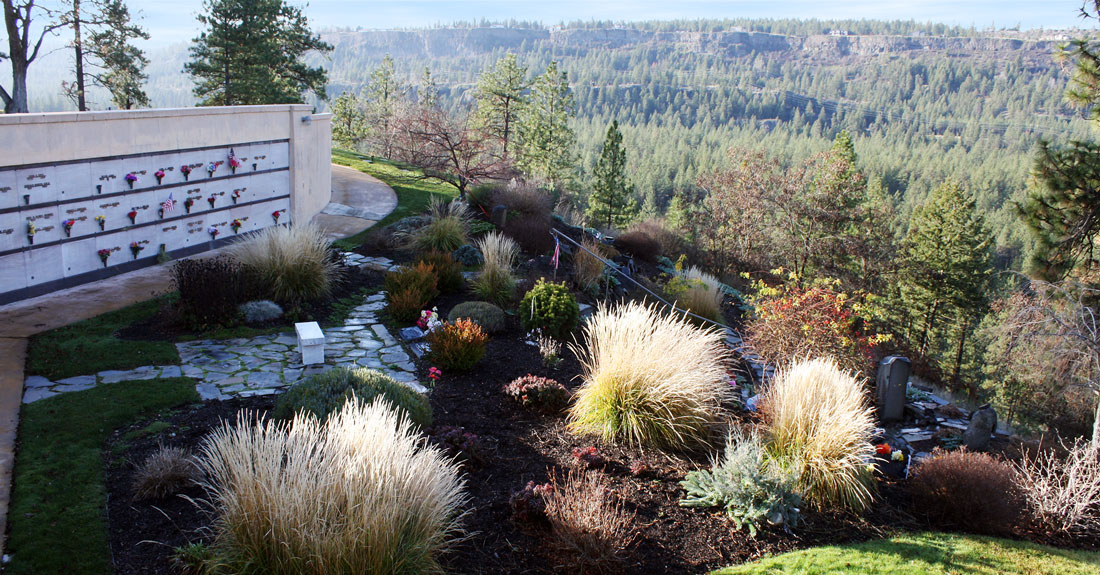 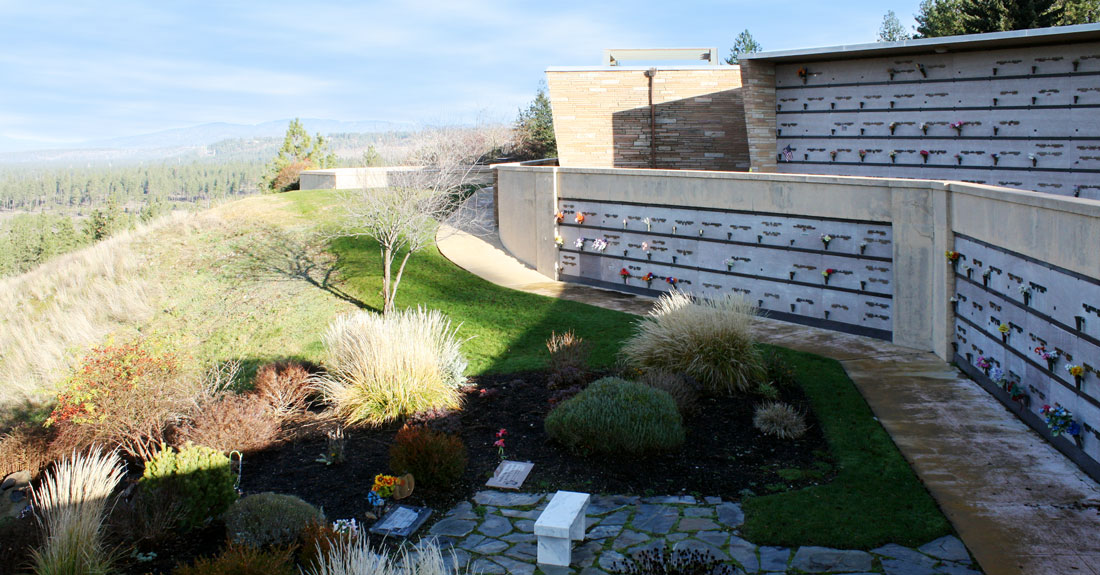 Established on May 29, 1888, Fairmount Memorial Park is one of Spokane’s oldest and largest cemeteries. It’s the final resting place for a number of notable residents, including John J. Browne, Patsy Clark, D.C. Corbin, and noted builder Frank Johnson, foreman of general construction for the Northern Pacific Railroad Company in 1880 and for Fort Spokane from 1882 to 1884. The oldest building within the cemetery is Kirtland Cutter’s 1890 stone chapel. Additional buildings include the modern office and Neo-classical building at the entry, the shop and storage area, the 1965 Sunset Chapel and Mausoleum, and the 1957 Garden Crypt Mausoleum and 1965 Temple Court Crypts, the latter three of which were designed by Spokane architect Carl W. Vantyne.

Modern characteristics of the Garden Crypt Mausoleum include the building form serving as its primary expression, the use of materials in lieu of architectural detailing (in this case rustic sandstone contrasting with polished granite), few traditional features, and a flat roof. Though the canted walls are characteristic of Googie architecture, the building lacks some of the primary characteristics of that style, namely an eccentric roof form, a prominent sign, and the use of humor or visual gags. In fact, the building is more closely related to the Populuxe style – typically affiliated with residential properties – whose characteristics include a combination of quality materials and modulated form.

Carl William Vantyne was born in Spokane in 1918. A graduate of Lewis and Clark High School, he served in the Army during World War II, and never attended college. After working as an associate and then a partner at Rigg & Vantyne, the Spokane architecture firm founded by his father, Roland (who died in 1938), and Archibald Rigg, Vantyne opened his own practice in 1959. Principal works include the Harriet Cheney Cowles Memorial Library at Whitworth University, Sacred Heart Medical Center, and the original River Park Square development and parking garage. Vantyne died on November 28, 2003, at the age of 85.