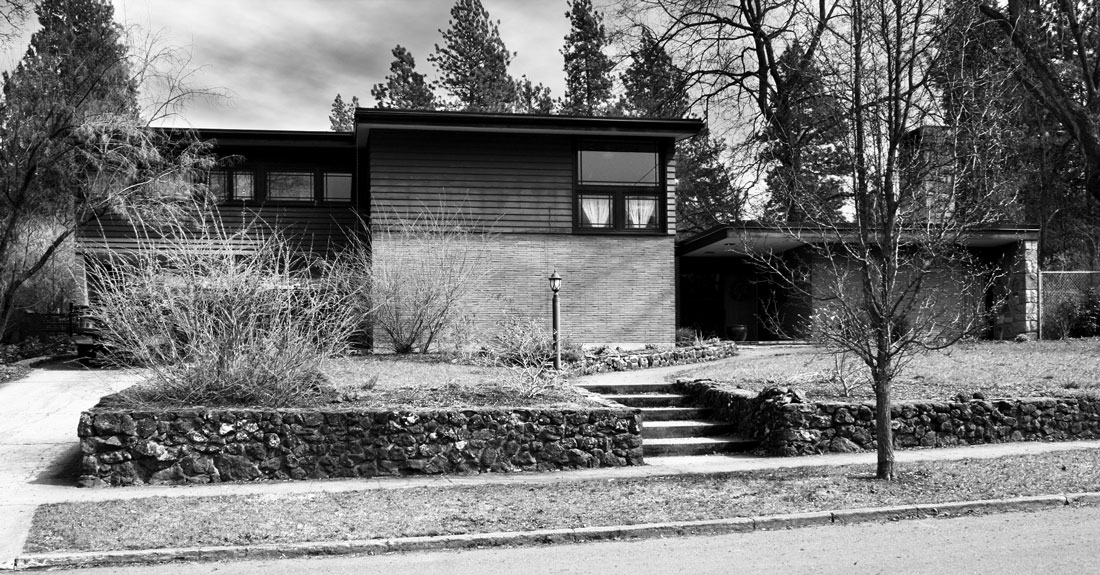 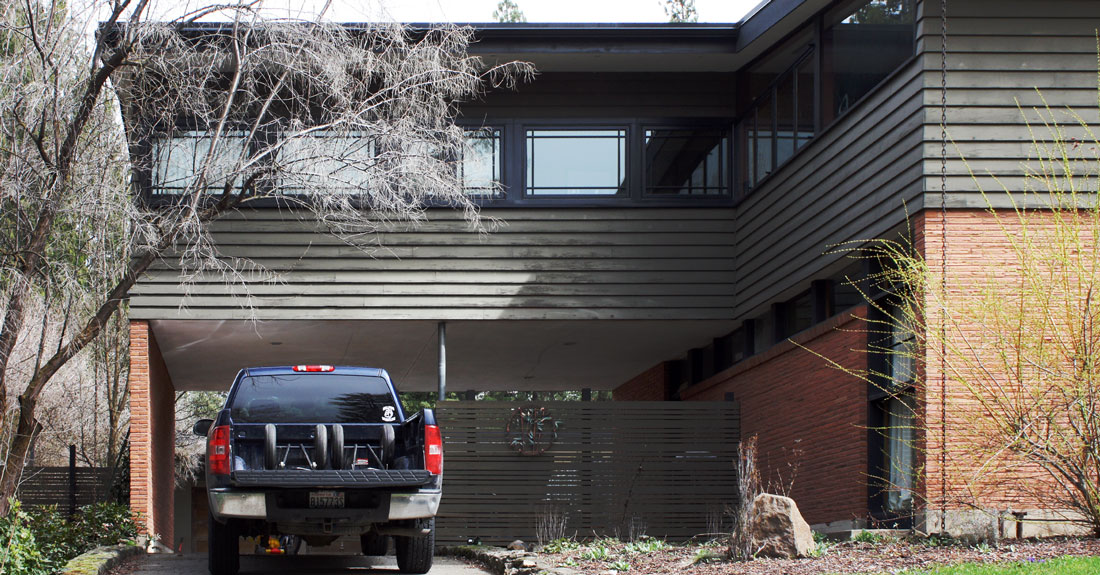 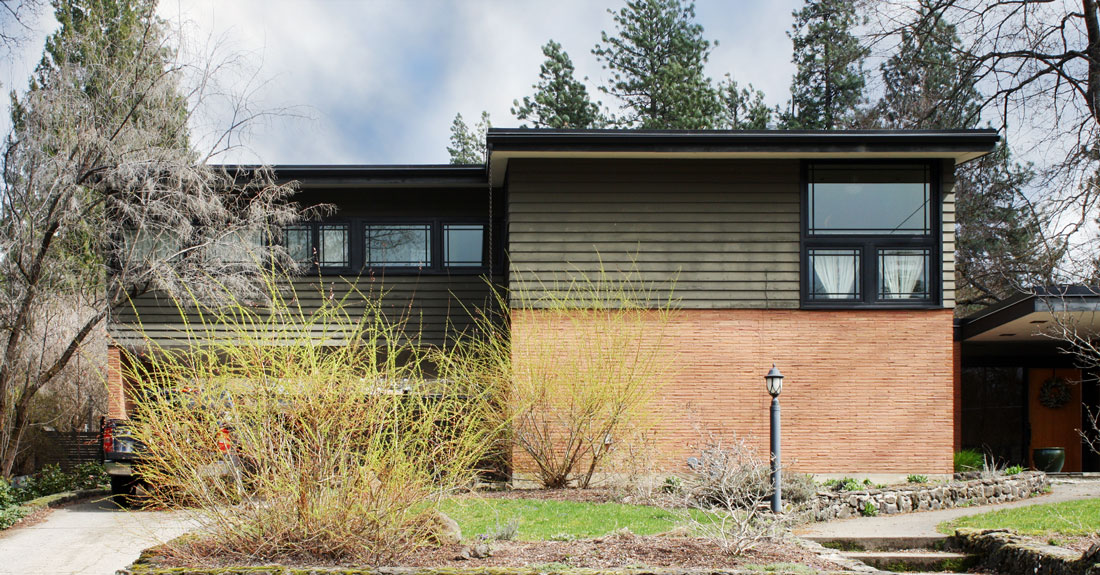 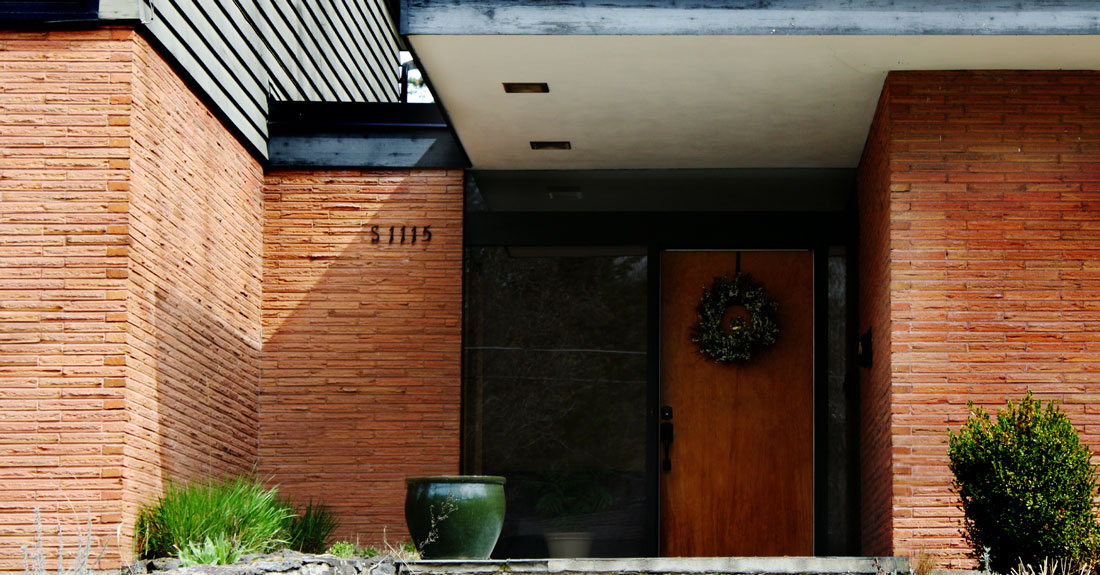 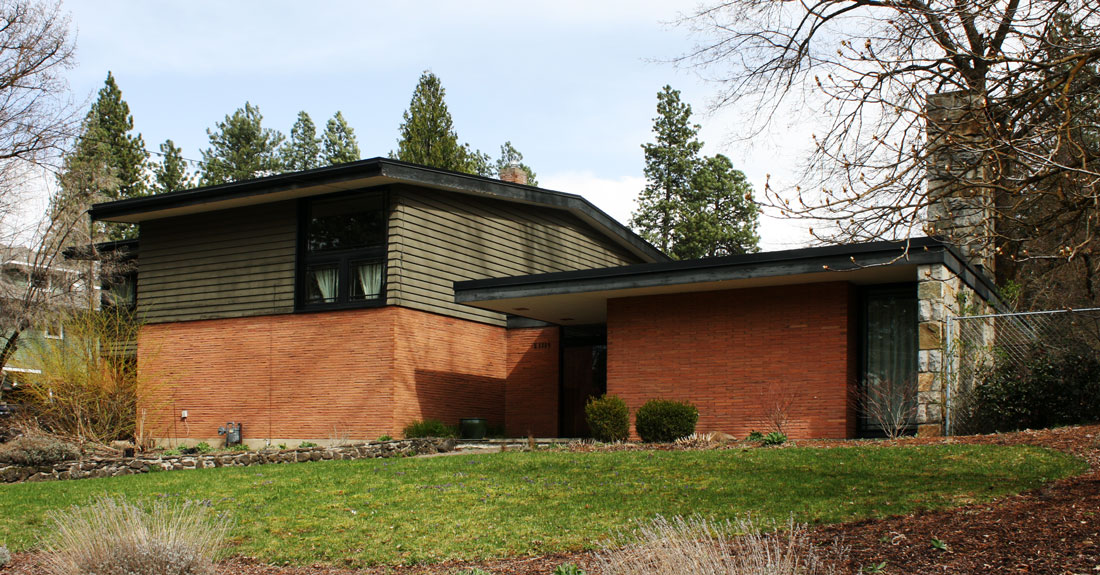 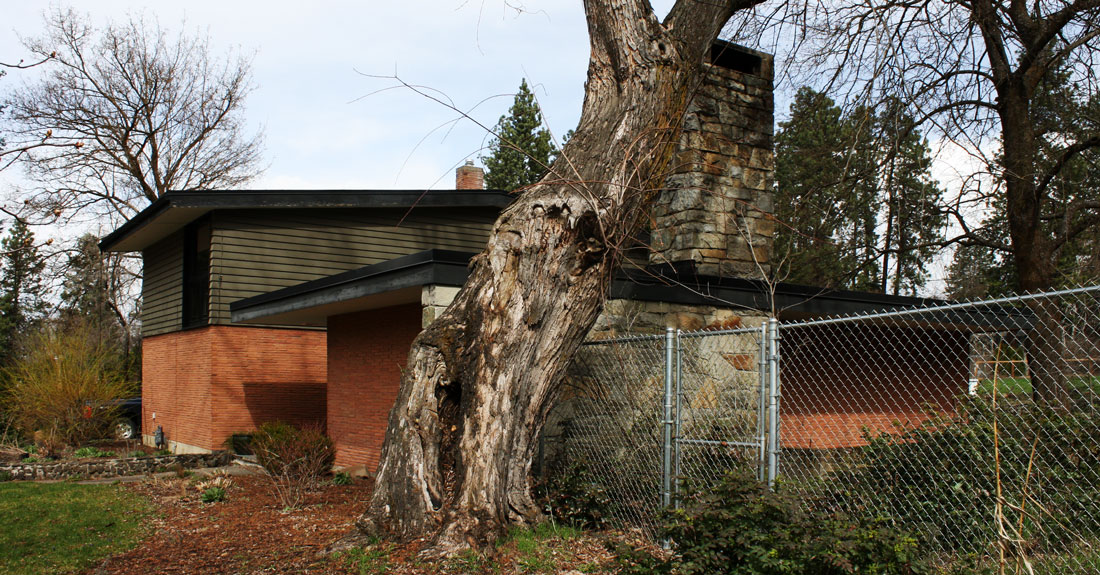 John Evanoff (1914–2008), owner of the Evanoff house, was one of three brothers born to King V. and Anna Evanoff, who immigrated from Bulgaria in 1907. According to the 1940 census, King was a tailor in a men’s shop, while John, 25, was working as a sheet metal worker in a bus factory. Five years before becoming vice president of the Aero-Liner Company in 1958, John commissioned his brother Lawrence to design his home in what was often called the “Contemporary” style. Offering few traditional stylistic features or details, Contemporary homes instead relied on overall form, simple modern details, and materials to convey style. Contemporary houses were often designed by architects and were considered “high style,” in contrast to the more common Ranch-style home of the era. Common features include slightly sloped or flat roofs, overall asymmetry, expansive window walls, and the use of clerestory windows under the eaves where privacy was important. Other features – shared by Ranch-style homes – include an open floor plan, an orientation toward the rear (rather than front yard or street), and the use of windows, courtyards, and other devices to “bring the outdoors in.”

Lawrence George Evanoff was born in 1918 in Spokane. Following graduation from Lewis & Clark High School in 1936, he worked as a designer, site planner, and chief draftsman for a number of firms before earning a bachelor’s degree in architecture in 1948 at the University of Washington. He taught architectural courses at the University of Idaho until 1949, when he opened his own practice in Spokane. Though a much-published advocate for the Modern style, it was his design for the Robert N. Arick house at 30 E 39th Avenue in Spokane that garnered nationwide attention for Evanoff – a house that shares some qualities with his brother’s, namely the use of a prominent Roman brick wall as a central feature, along with a relative lack of window walls compared to other Contemporary homes. Evanoff also designed the Aero-Liner Manufacturing Plant, his brother’s business, in 1950. He formed a partnership with Nicholas Kabush in 1959; in 1971, after battling multiple sclerosis for 15 years, he was forced to retire. He died in Spokane in 1985 at the age of 67.