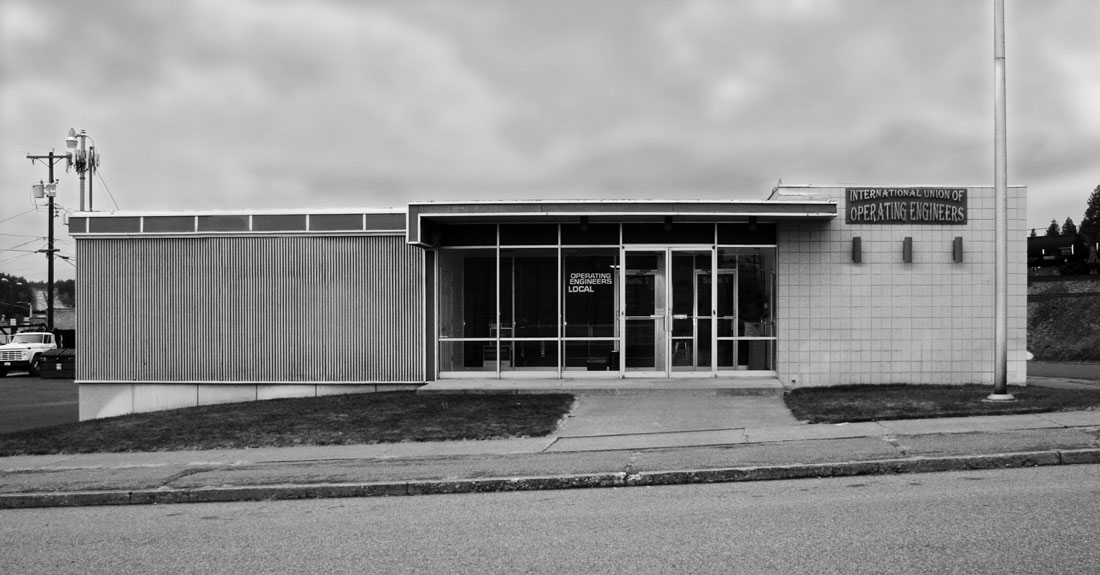 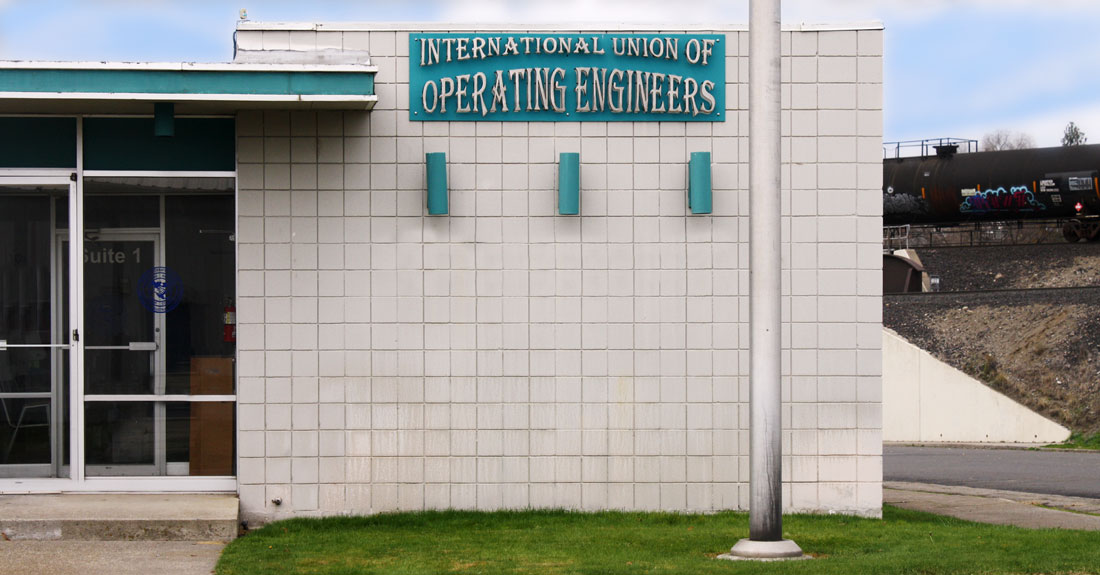 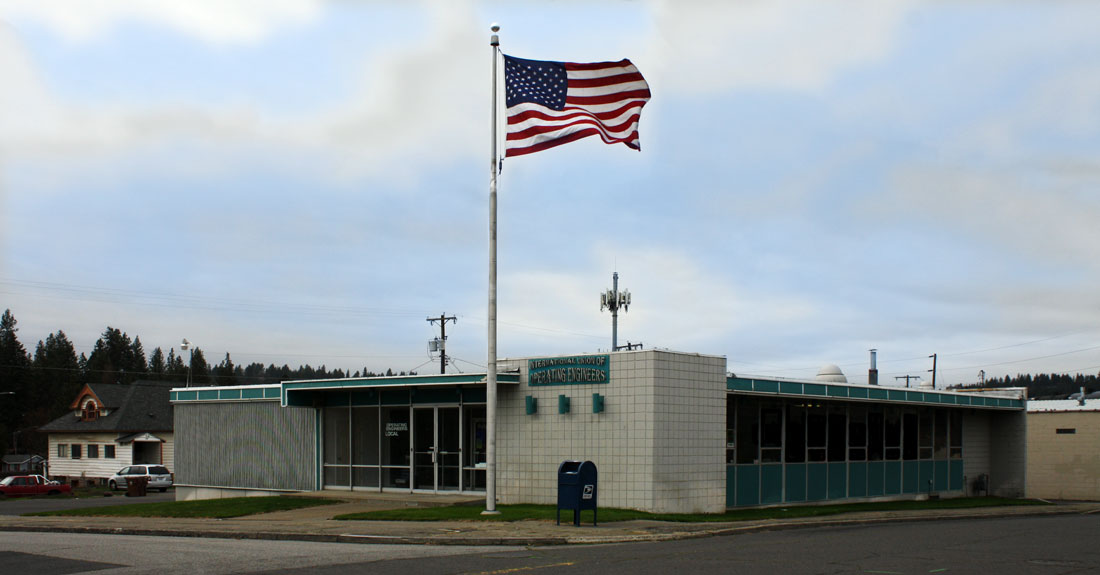 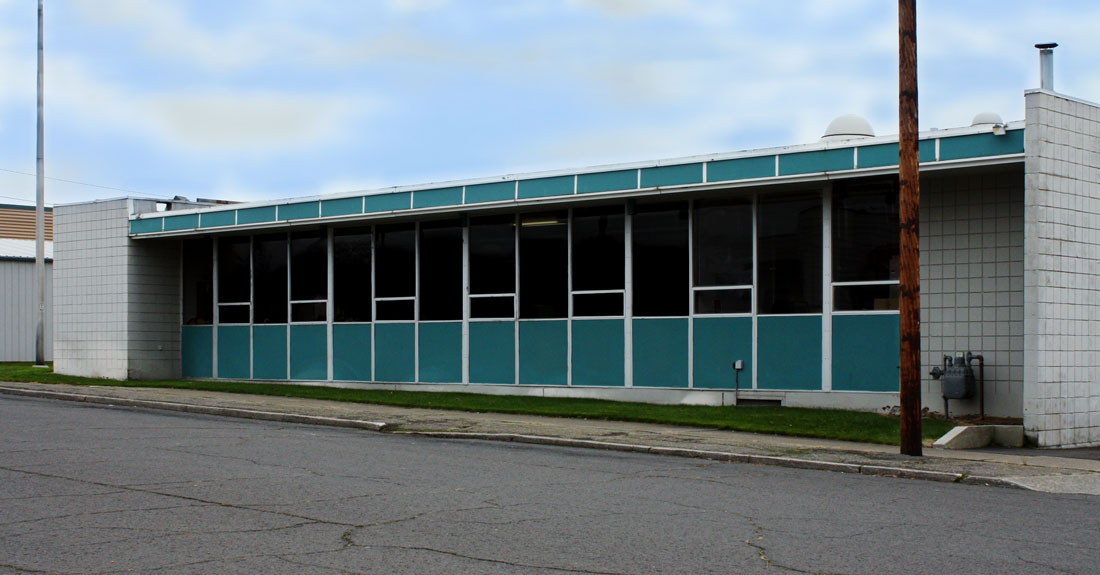 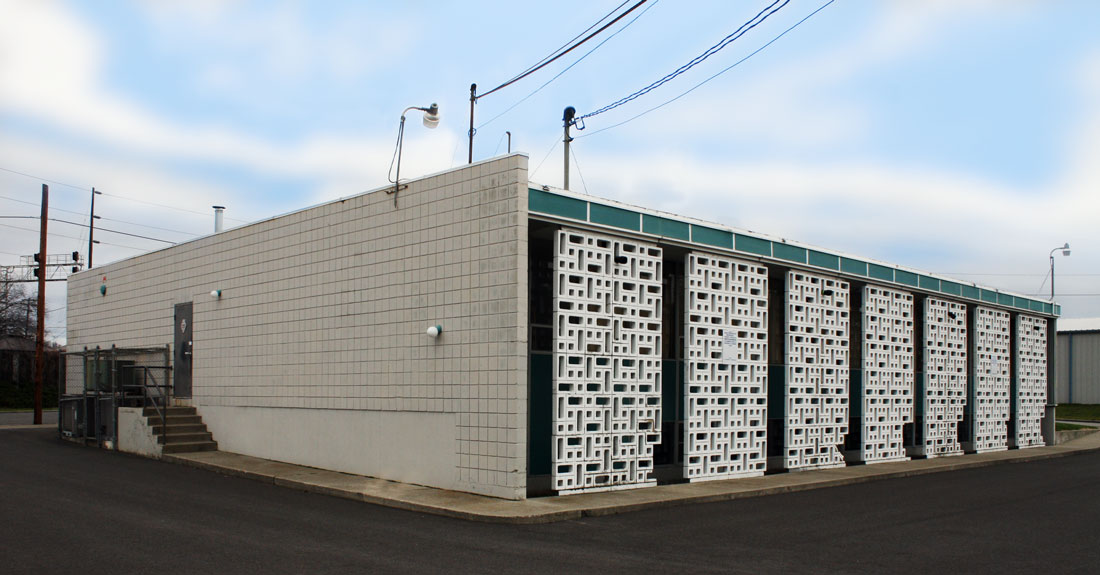 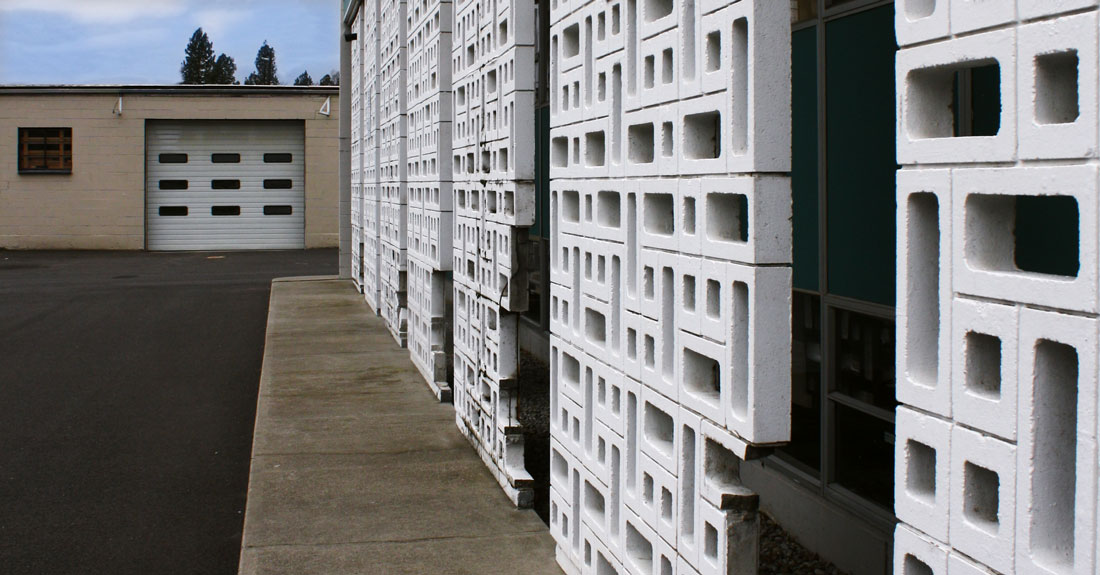 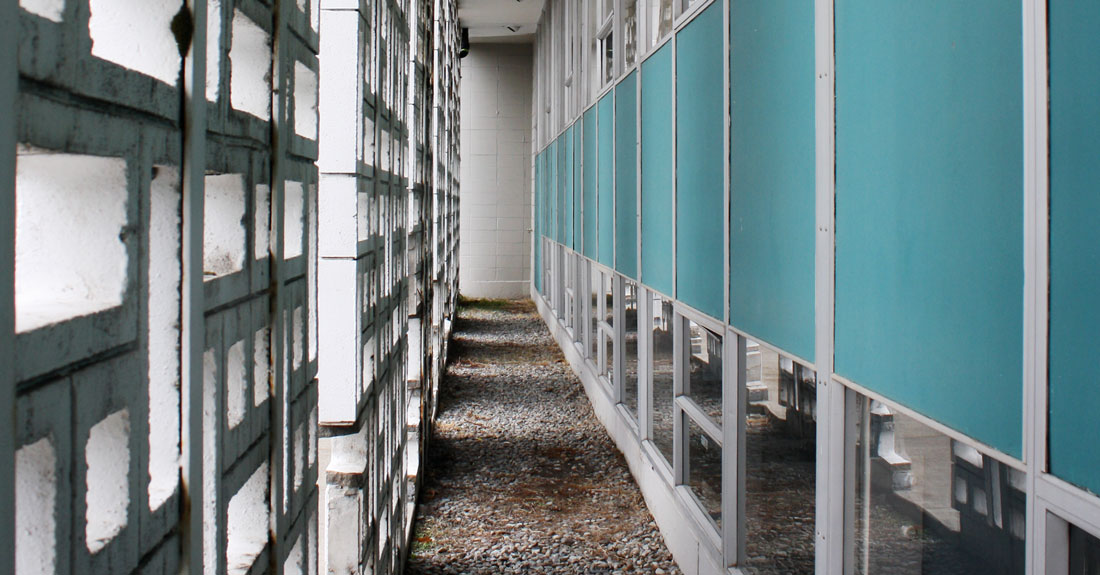 The International Union of Operating Engineers was founded in Chicago in 1896. Operating engineers gained early recognition for their work in excavating the Panama Canal and in cleaning up after the 1906 San Francisco earthquake and fire; their work continued to be vital during World War II and the Korean War as part of the U.S. Navy’s Seabees, as well as in helping build the federally funded interstate highway system.

The IUOE Local #370 building is a Modern structure whose form, materials, and workmanship convey its architectural meaning. Features that connect the building to post-war commercial architecture include its horizontal emphasis, which is reinforced by the flat canopy, the deep colorful fascia, and horizontal bands of different materials and textures: decorative concrete block, aluminum curtain wall framing, aluminum panels, and precast concrete panels. The relatively simple form could easily have been symmetrical, but the architects offset the entry, creating an asymmetrical canopy, and used materials, textures, and slight variations in the building form to give it more visual interest.

Little is known about Miller and Fiedler Architects. One of the principals, William Gustav Fiedler, was born October 20, 1923 in Hancock, Minnesota. He became a member of the American Institute of Architects in 1965. A brief obituary in the October 20, 1997 Spokesman-Review mentioned that Fiedler, who served in the Navy, “worked as a commercial architect and had lived in Spokane for 51 years.” Various AIA directories indicate that he worked as a draftsman for L. A. Klaue, Whitehouse & Price, E. D. McCarthy and Associates, and Carlton G. Tollefson from 1950–59. Miller and Fiedler designed the St. Mary’s Presentation Catholic Church in Deer Park (1968), as well as the cooling tower, pump room, and an addition to the TRIGA Nuclear Research Reactor Building at Washington State University in Pullman. Fiedler also designed the Old National Bank building (Washington State Employees Credit Union) on West Northwest Boulevard in 1971, and Assumption Parish in Spokane (1979). He died October 15, 1997 in Spokane. Research did not reveal further information on Miller.