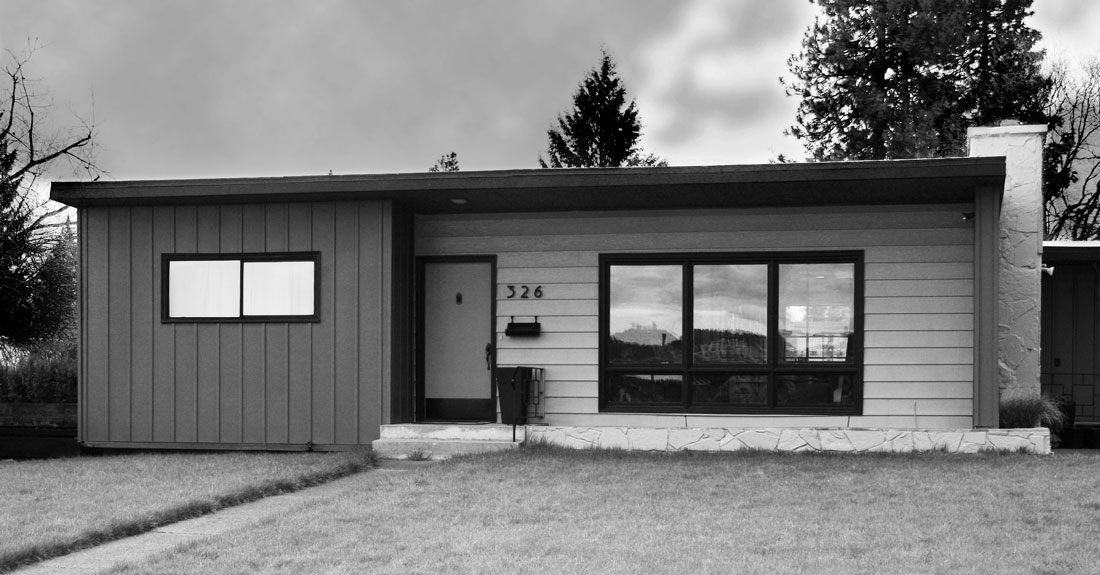 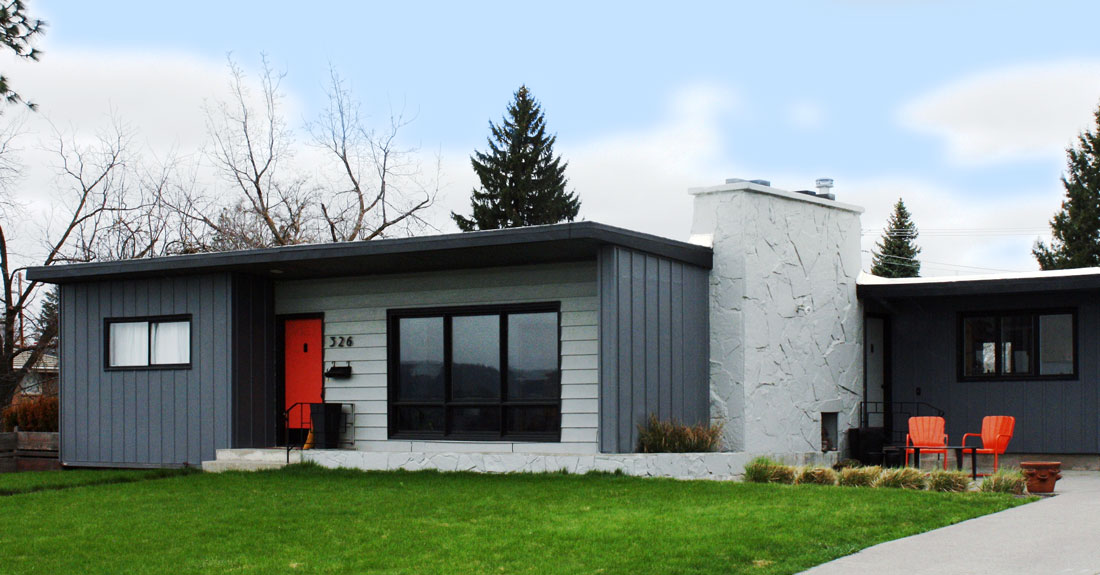 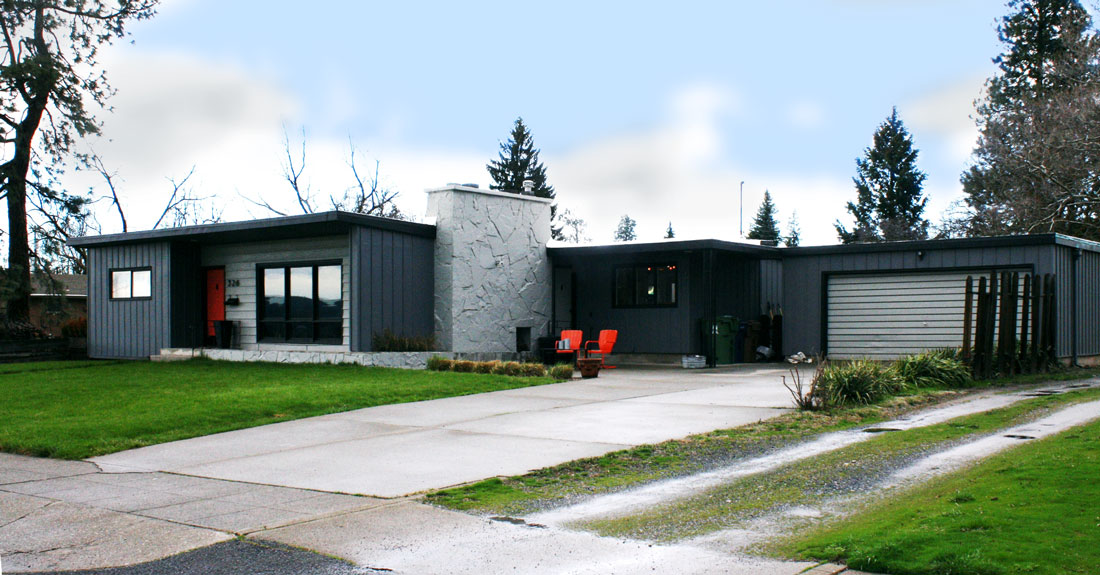 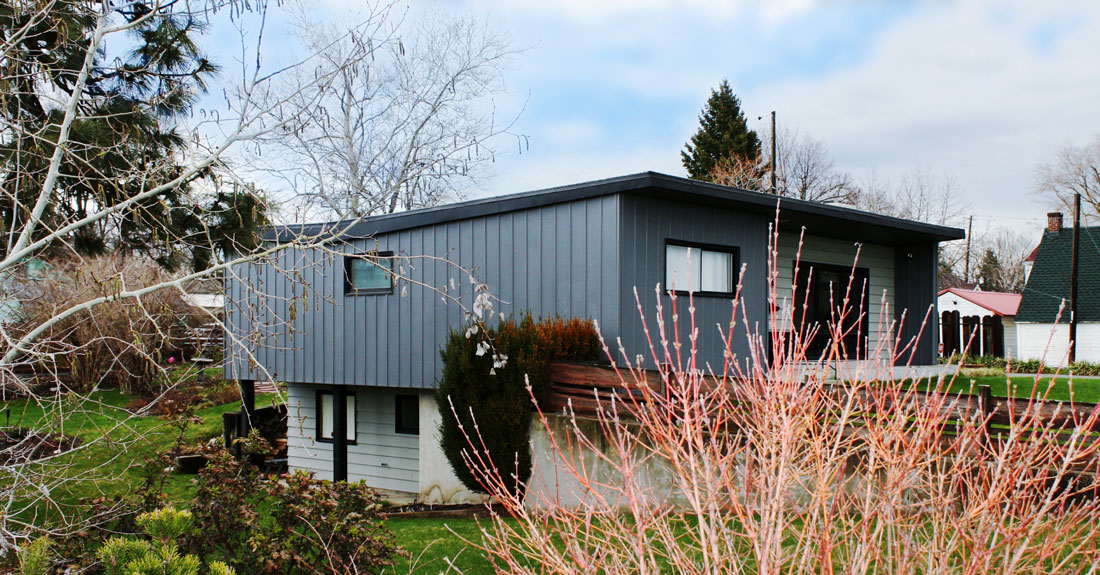 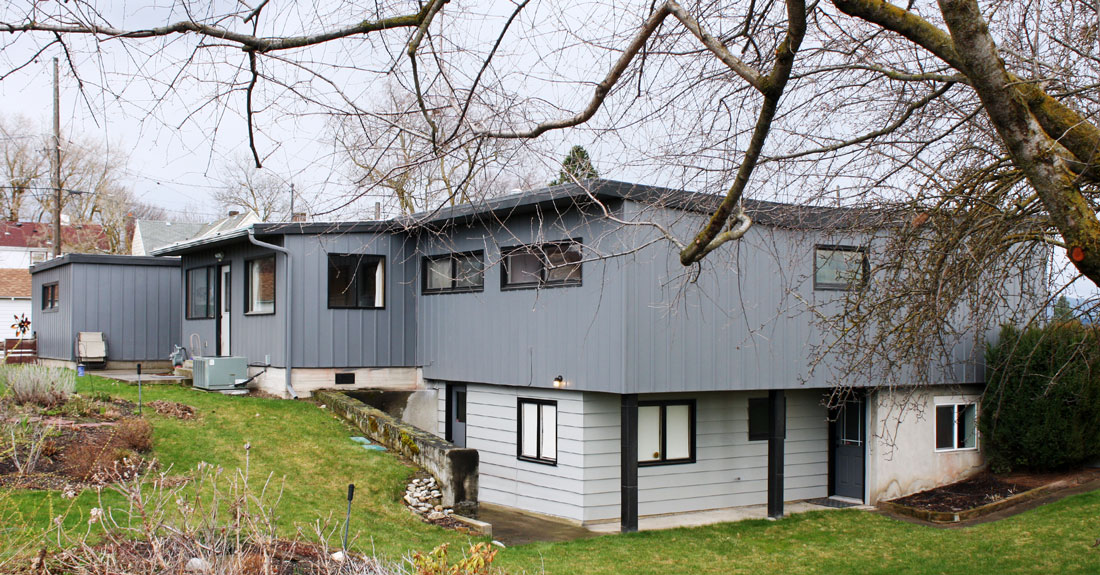 The Ogle house, named after its first owners – Larry A. and Ursula P. Ogle – is designed in what was often called the “Contemporary” style in the 1950s and 1960s. A Contemporary style (or simply “Modern” house) offered few traditional stylistic features or details, relying on overall form and simple details to convey its style. Materials could also play an important role, as seen here, adding color and texture to complement the building’s design. Although not the case with the Ogle house, Contemporary homes were often designed by architects. They were considered “high style,” in contrast to the more common Ranch-style homes of the era. Common features include slightly sloped or flat roofs, overall asymmetry, expansive window walls, and clerestory windows under the eaves where privacy was important. Other features were shared by the Ranch-style house: open floor plan, orientation toward the back yard rather than the front yard or street, and the use of windows, courtyards, and other devices to “bring the outdoors in.”

While the Ogle house doesn’t feature the large window walls typical of many Contemporary houses – particularly post-and-beam houses – it is clearly oriented toward the outdoors, with its large, landscaped lot, patios, and extensive gardens. The simple yet stylish house is distinguished by its slightly sloped butterfly roof. The roof is tapered, with the “v” of the fascia deeper in the center than at either end. The broad chimney accentuates the house with a vertical element, and the mix of vertically and horizontally oriented materials also provide contrast while delineating the different planes of the house.