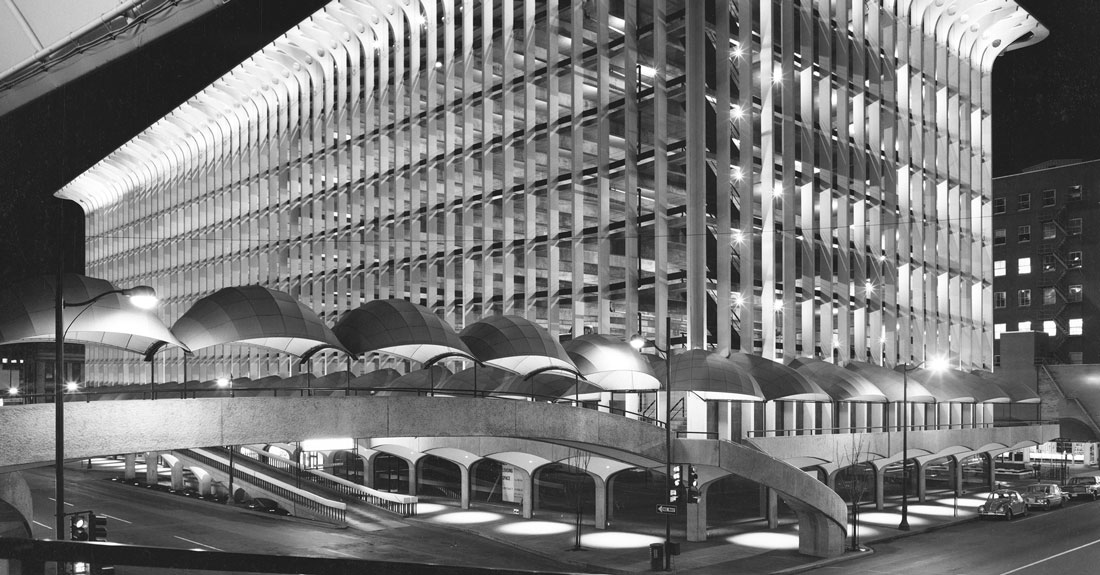 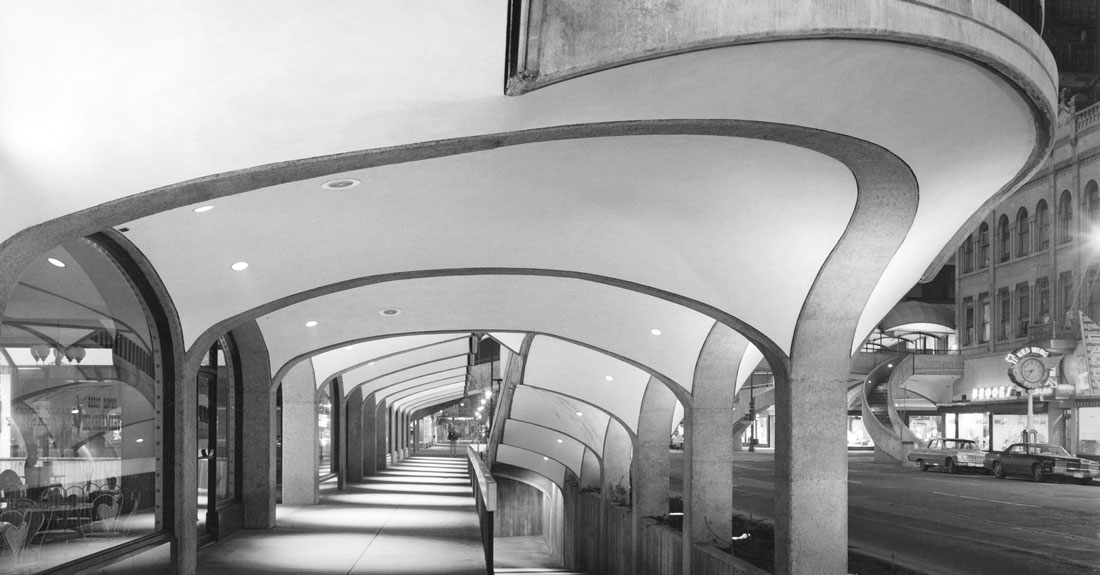 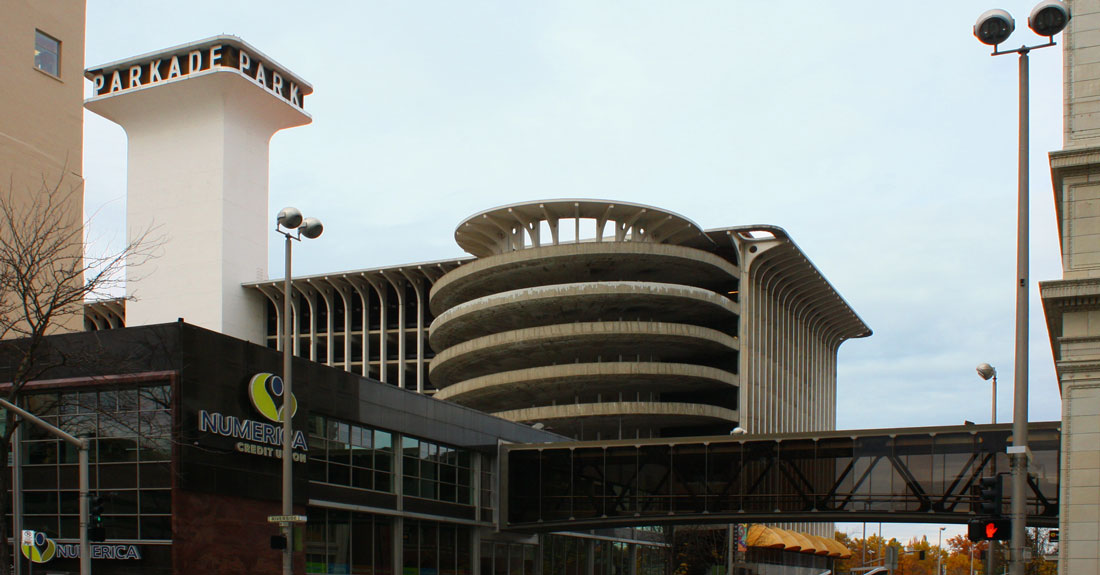 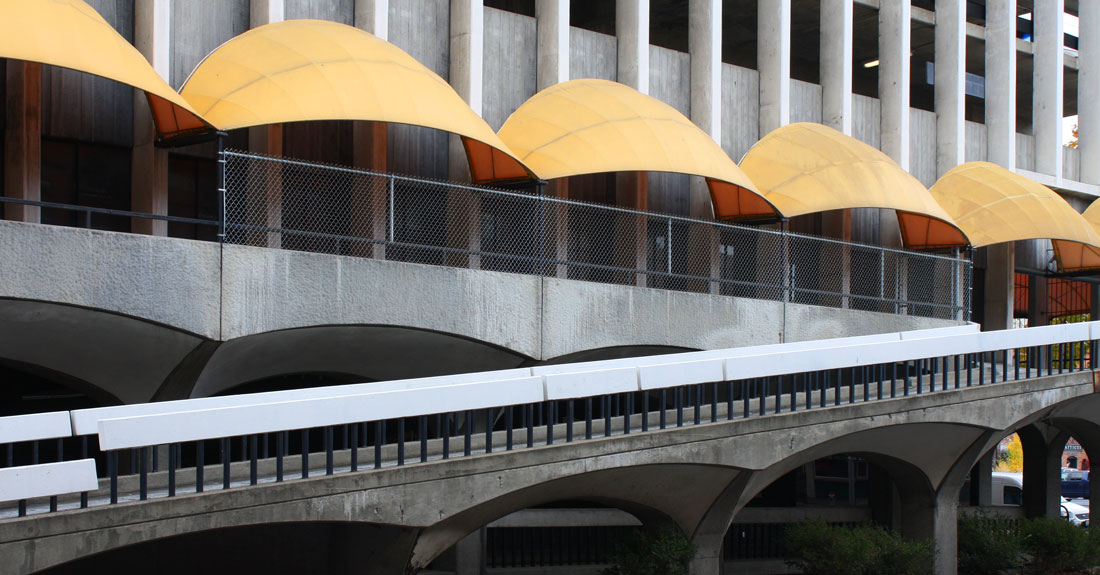 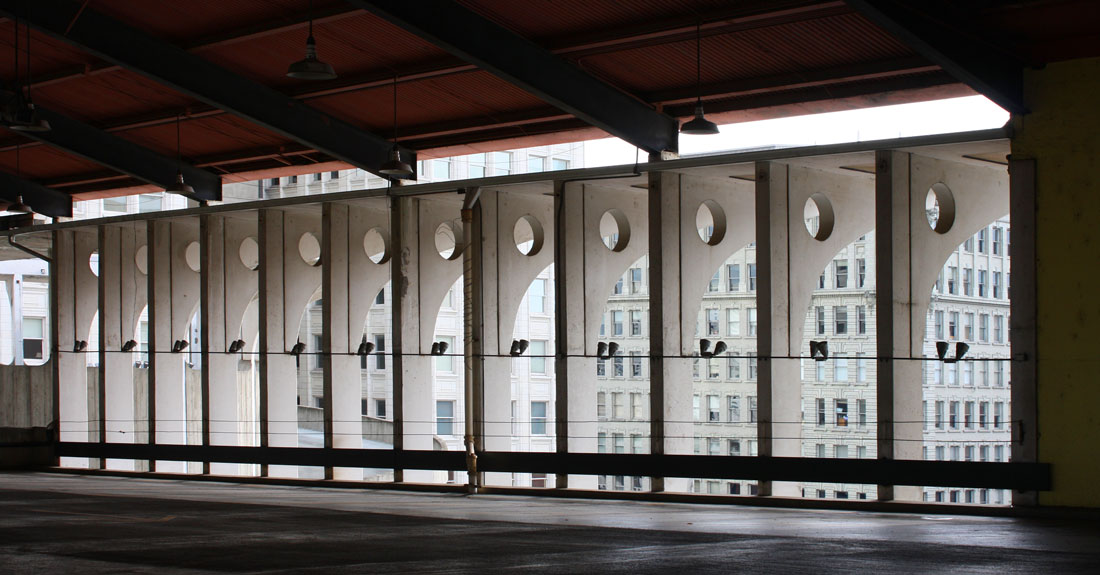 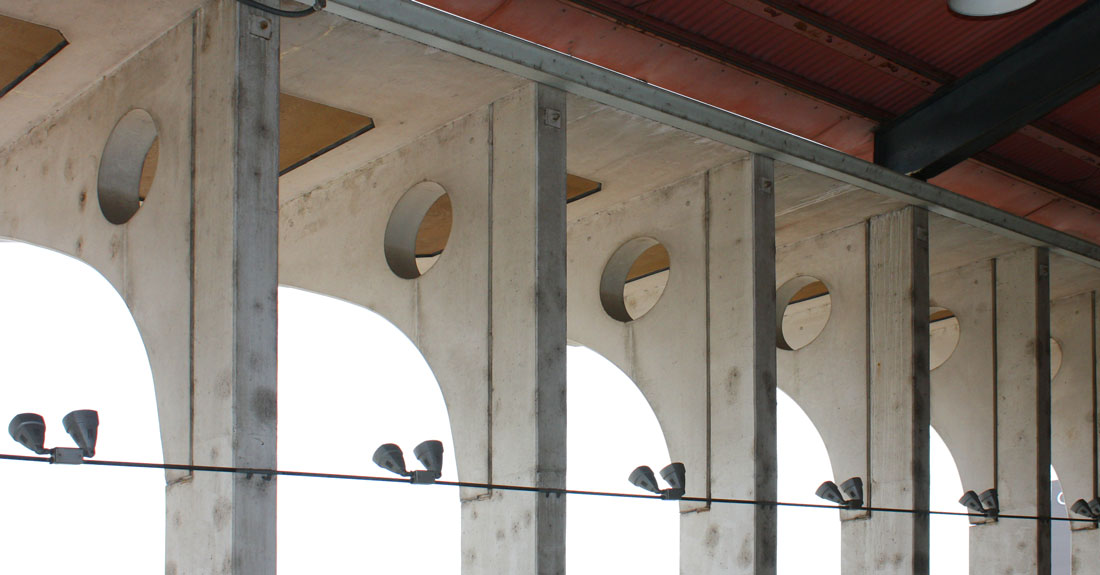 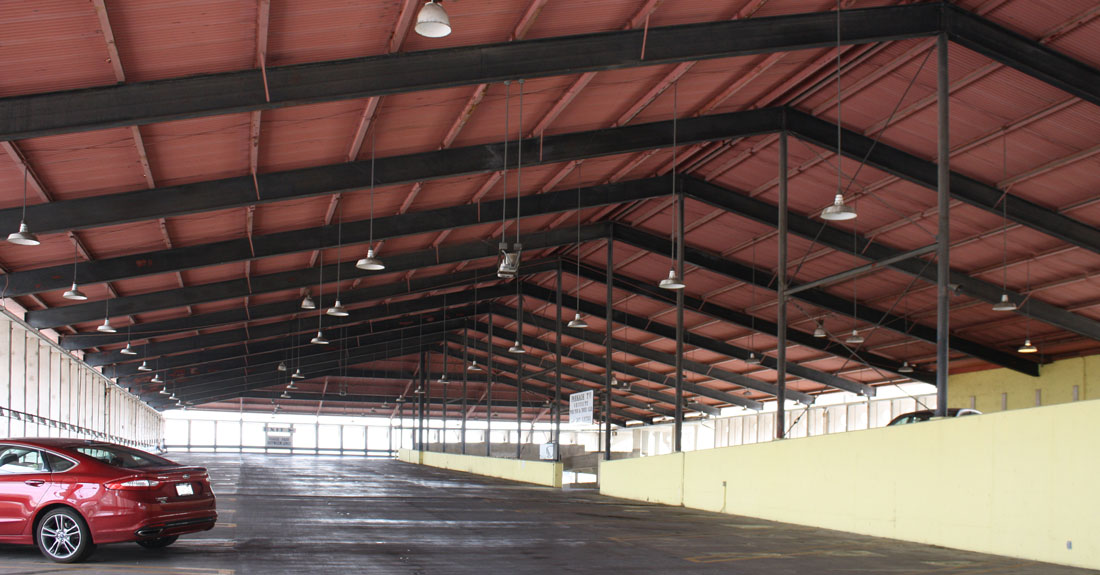 When the Ebasco Plan – a privately funded urban renewal proposal commissioned by Spokane Unlimited – was completed in 1961, one of its recommendations was more parking in downtown Spokane.

And for good reason: according to architectural historian Amanda C. R. Clark, “By 1965, American automobile makers were generating more than nine million cars a year.…These increases gave rise to newly built highways and, in turn, accelerated the post World War Two flight from American downtowns to the far-flung, expanding suburbs on the edges.” Civic leaders across the country needed to bring the middle class back.

Constructed in 1967 for $3.5 million, the 10-story Parkade Plaza Parking Garage was designed by Spokane architect Warren C. Heylman to accommodate 970 automobiles. Notable for its connection to the city’s skywalk system – which increased its utility as a significant urban design feature – the New Formalist building was also recognized for its expressive use of concrete, earning Heylman an award from the American Concrete Institute.

Philip W. Alexander, managing director of the adjacent Bon Marche at the time, claimed that the Parkade wasn’t just a parking garage but a symbol of new life in the heart of Spokane. “We wanted and got a dramatic structure,” he said. “It is aesthetic and functional and is already spurring plans for upgrading other properties around it.”