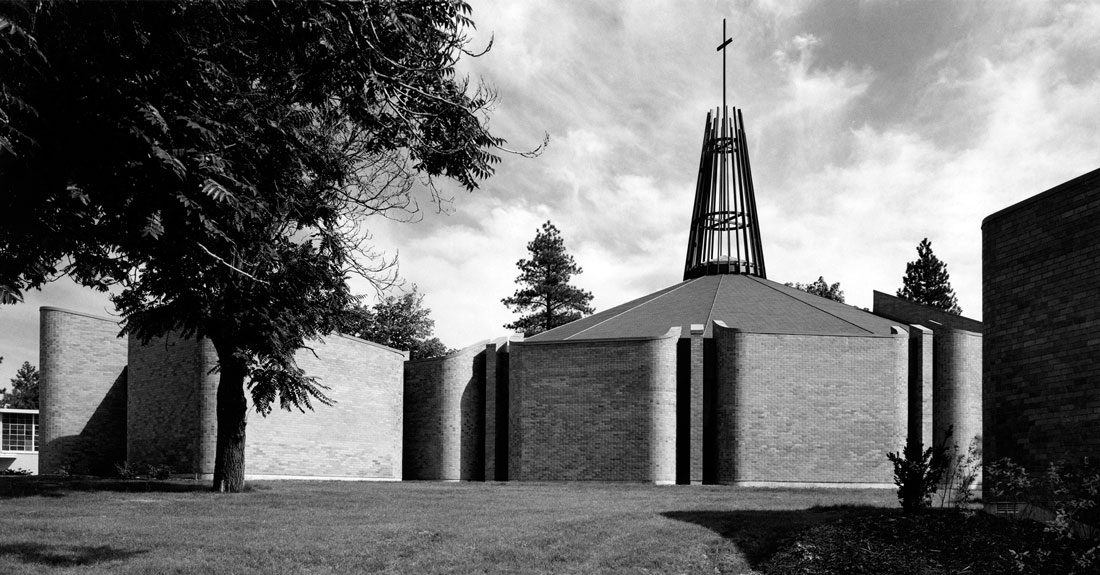 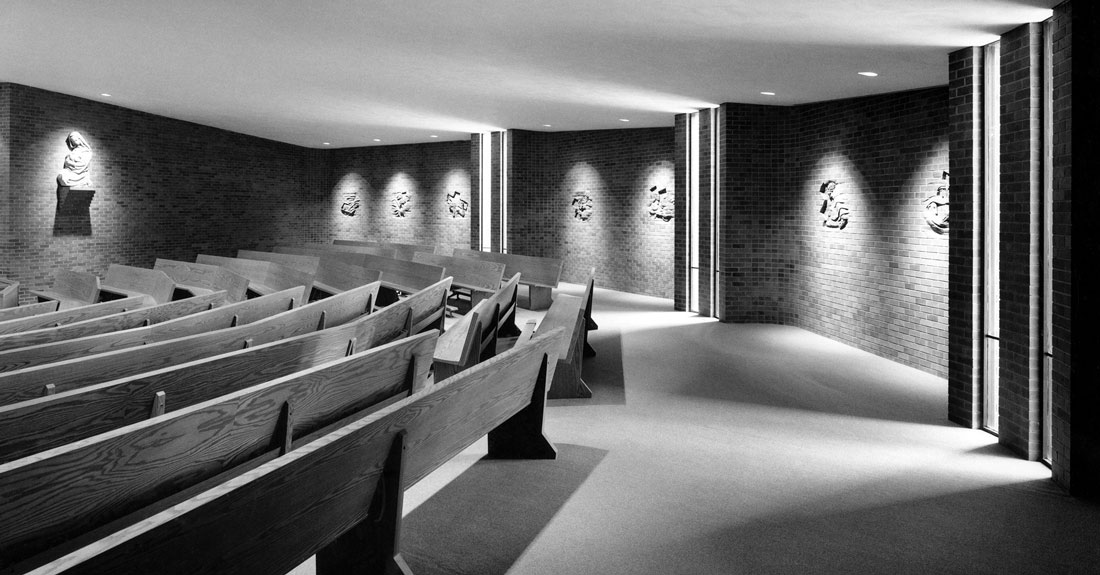 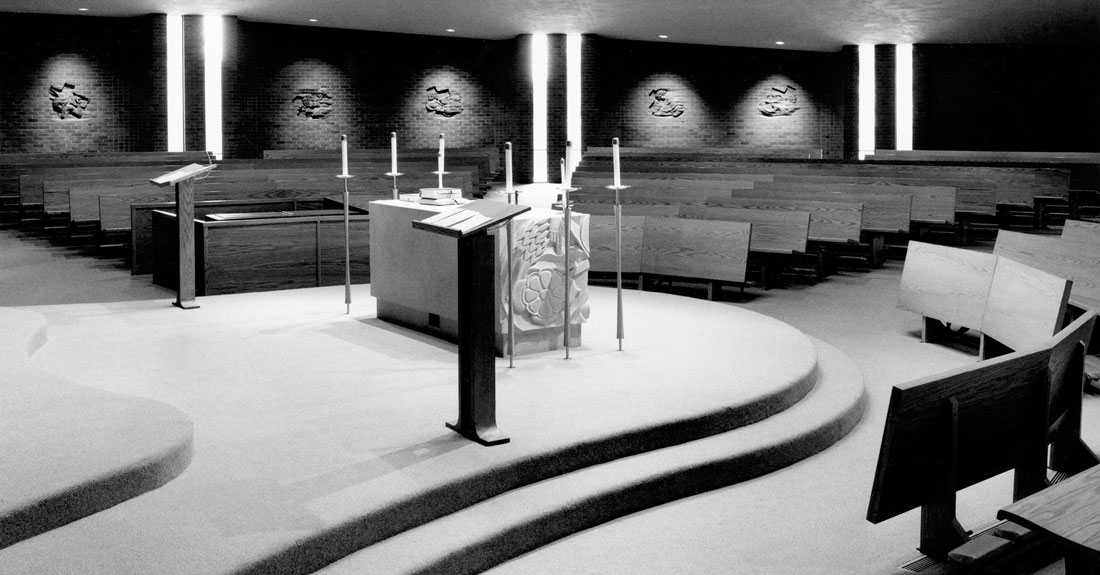 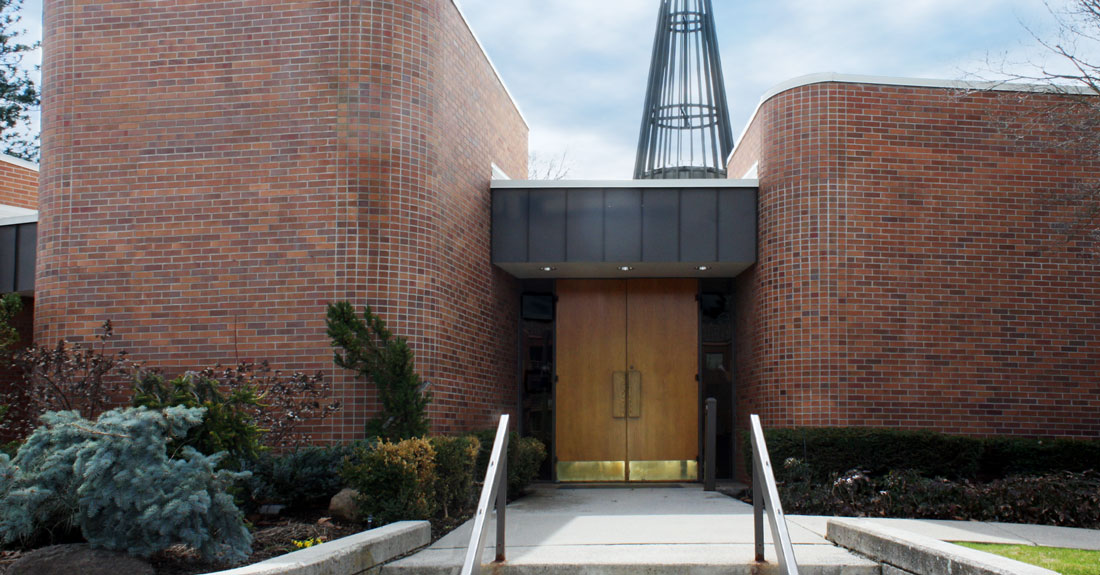 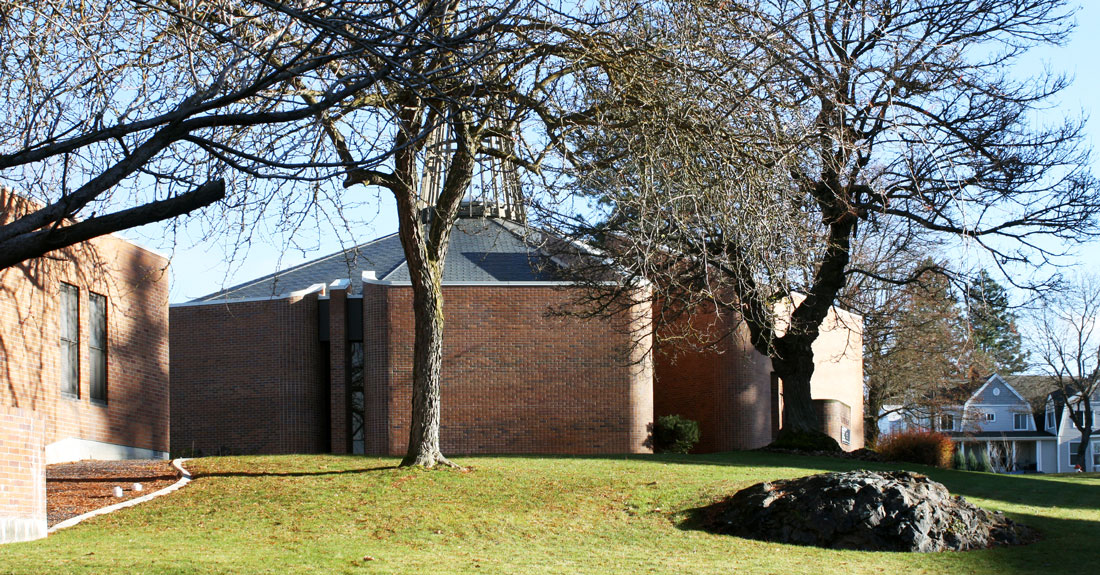 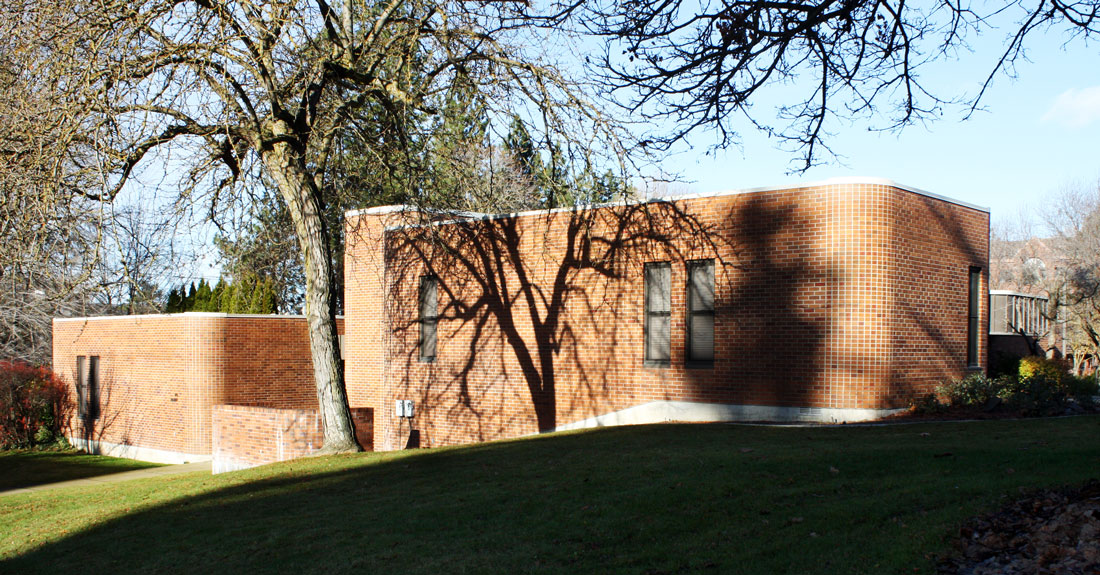 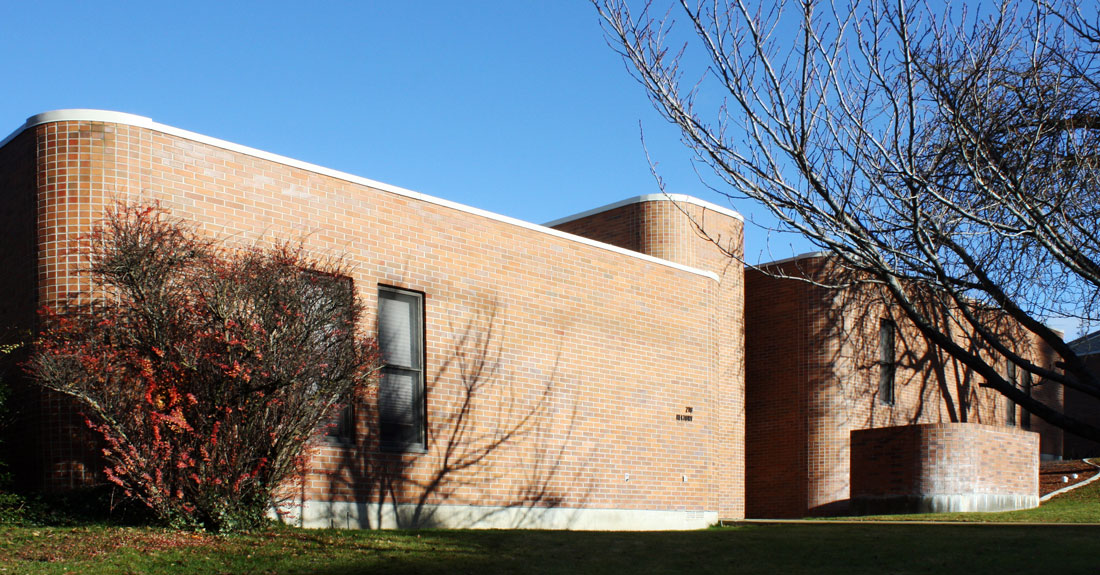 Sacred Heart Catholic Church and Rectory, designed by parishioner Carroll Martell, was constructed under the leadership of Father Armand LaVerdiere and dedicated December 7, 1969 by Bishop Bernard Topel. The Neo-Expressionist church incorporates a number of artistic elements on the interior, including carved brick Stations of the Cross and a Carrera marble altar, both designed by Martell’s daughter, Maxine Martell Di Bene.

Carroll Leo Martell was born June 8, 1912 in Beulah, North Dakota. He graduated summa cum laude from the University of Kansas in 1935, earning a BS in Architecture and the Alpha Rho Chi Medal. Martell served as an associate architect for the U.S. Department of the Interior from 1936 to 1945; he and his family moved to Spokane following World War II, where he opened a practice that eventually grew into one of the largest firms in the Pacific Northwest. The group was responsible for a number of iconic Spokane-area landmarks, including Shadle Park High School (1956); the Spokane Federal Building (1965) with McClure & Adkison and Walker & McGough; and Pearce (1966), Dryden (1967), and Dressler (1968) Halls on the Eastern Washington University campus. He died in Coupeville, Washington on August 14, 2004 at 92.