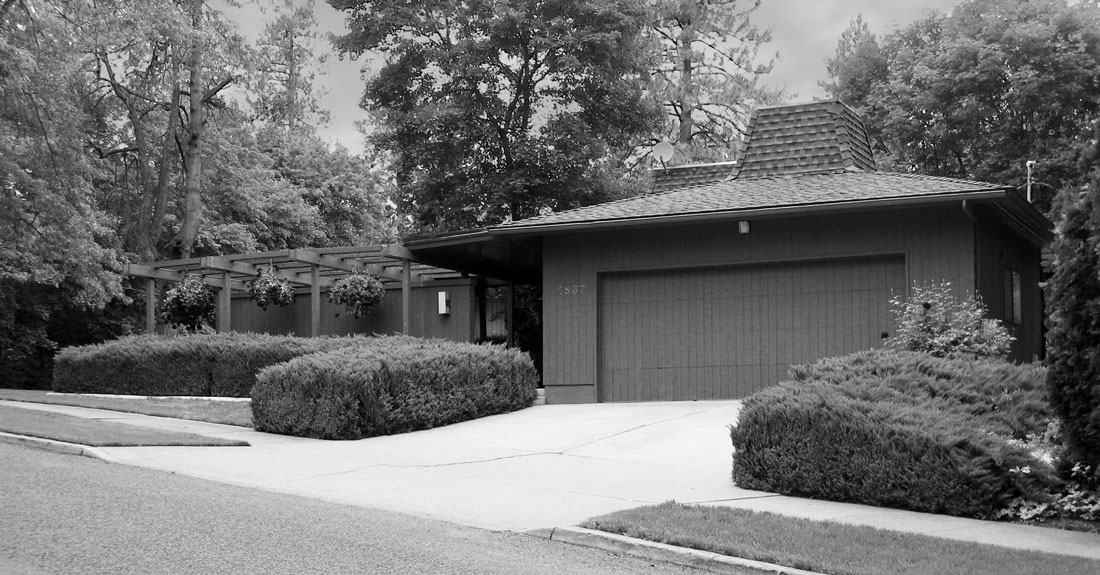 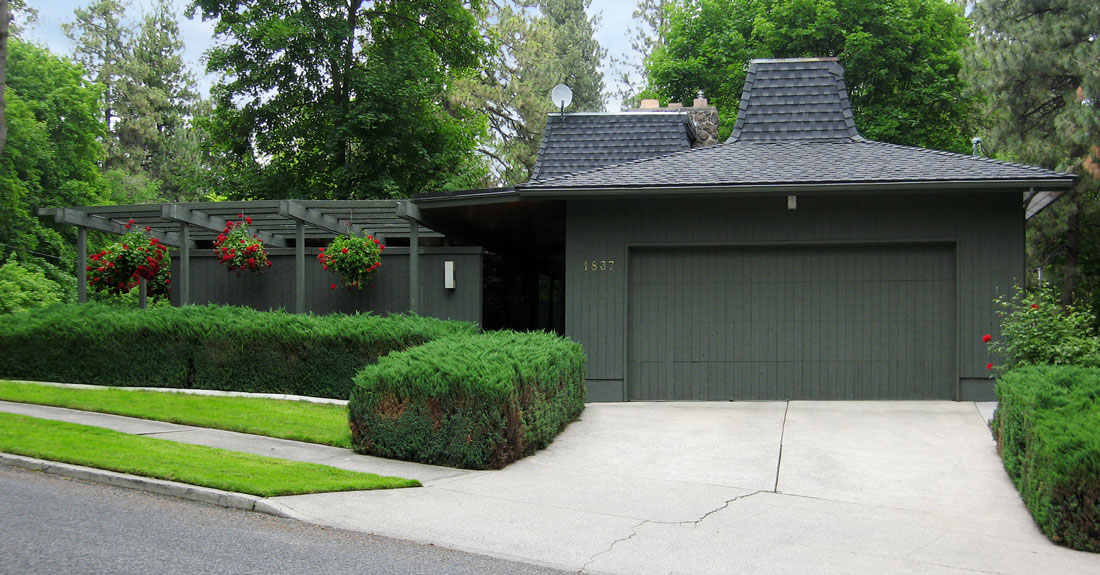 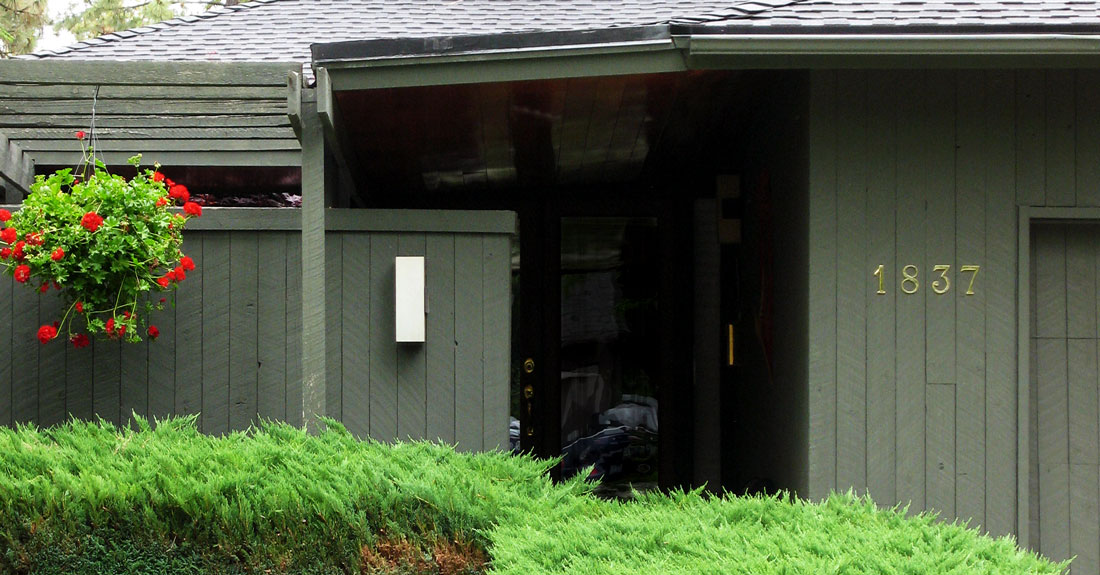 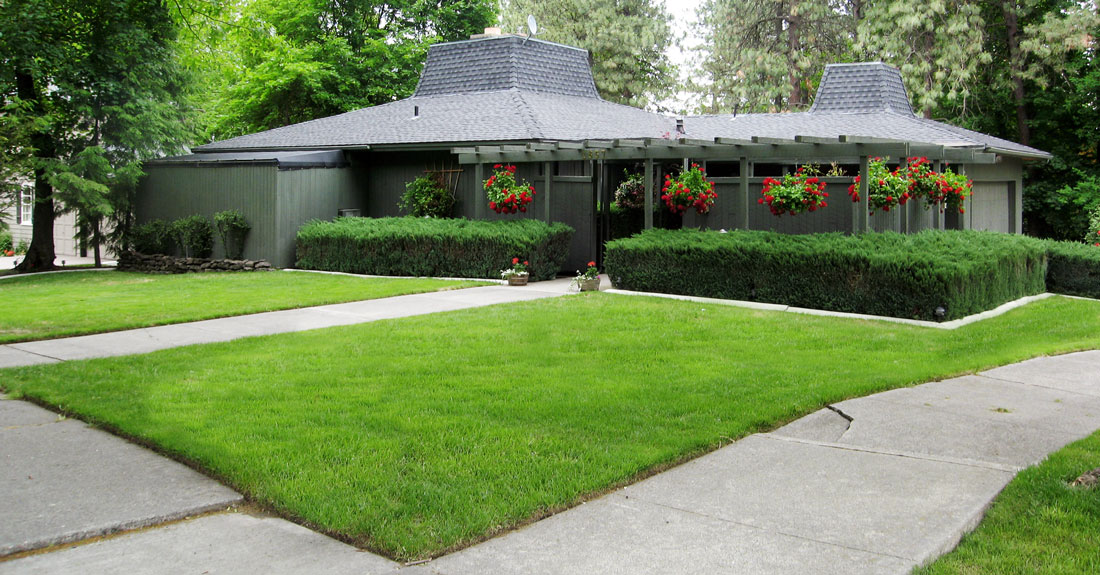 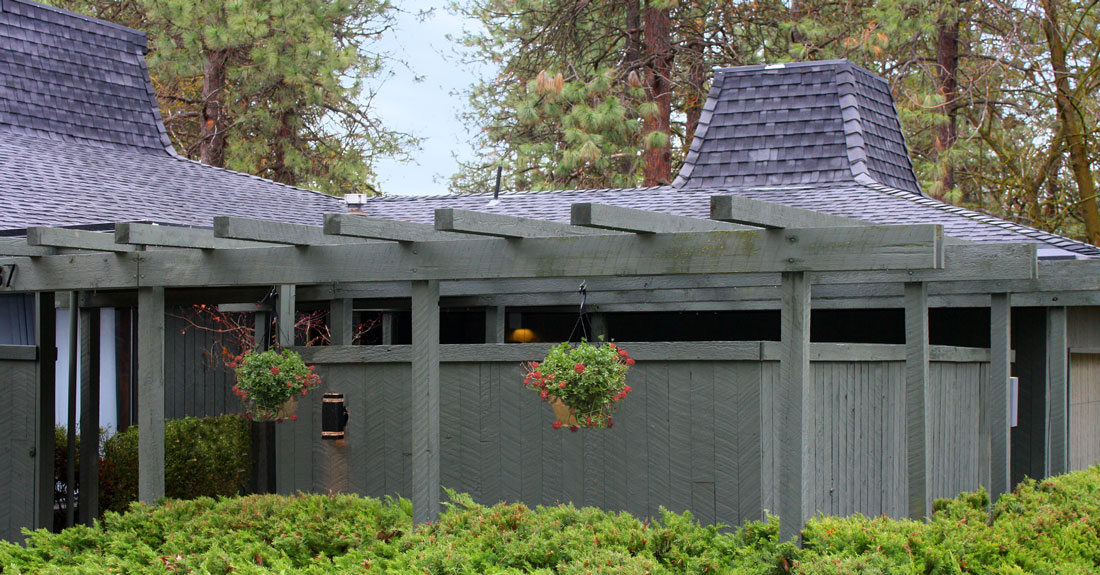 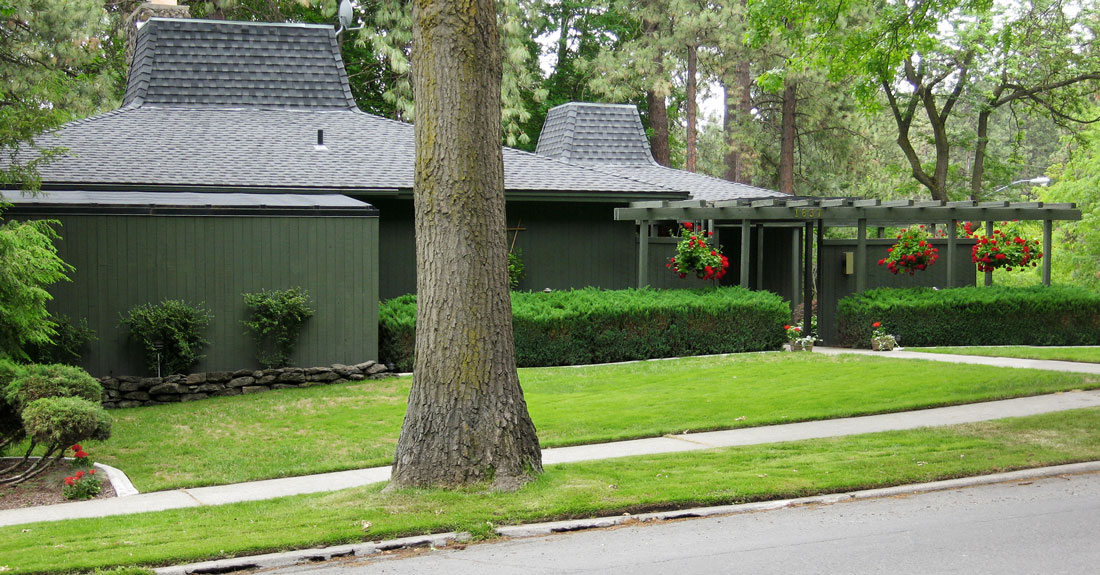 The Pavilion-style Hansen House was built for Charles M. Hansen, a tax accountant, and his wife Carol in 1972.

According to Washington State architectural historian Michael Houser, the Pavilion style, named for its roof form, was popular in the 1960s for commercial structures but less common for residential buildings. “Some historians suggest that the Pavilion form was derived from the Japanese irimoya roof form,” Houser writes, “which was used on Buddhist temple structures beginning in the seventh century.” Others, however, suggest that the style is more Polynesian, with some early articles going so far as to refer to the style as “Pacifica.”

The Pavilion style as we know it gained popularity with architect Richard Burke’s modified roof form for Pizza Hut in 1964. McDonald’s further developed the form with their “double mansard” style roof in Matteson, Illinois, in 1968. The form quickly proliferated, and, by the mid-1960s, it was used for a variety of structure types: World’s Fair visitor centers, banks, dwellings, religious buildings, and both small and large commercial structures.

Though the Pavilion style may have been a fairly unusual choice for a residence, when one was built it often generated considerable press, where they were sometimes referred to as “multiple houses” because of the separate zones created by the unusual roof forms.