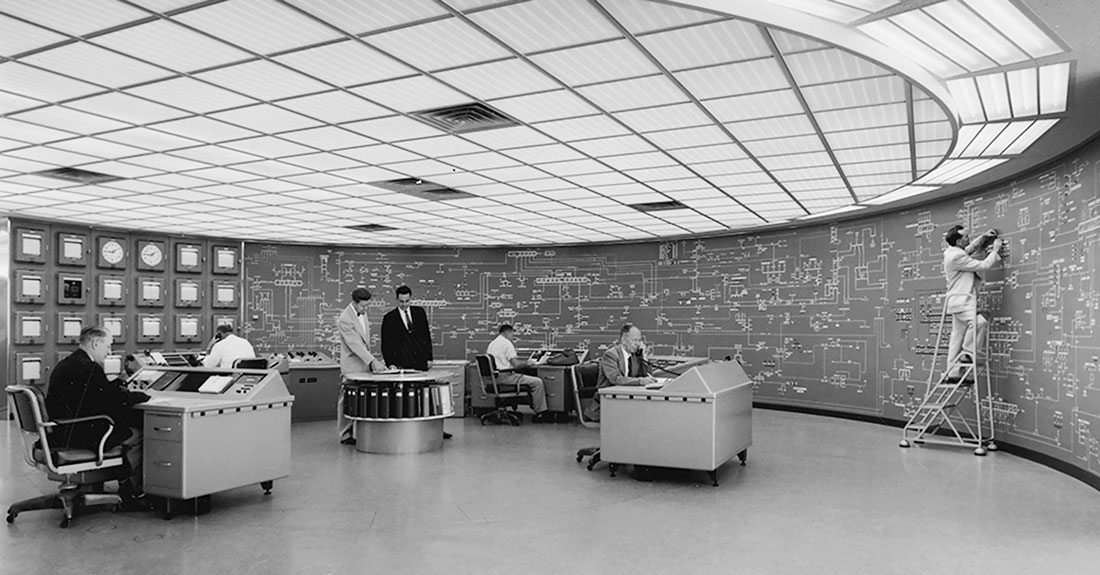 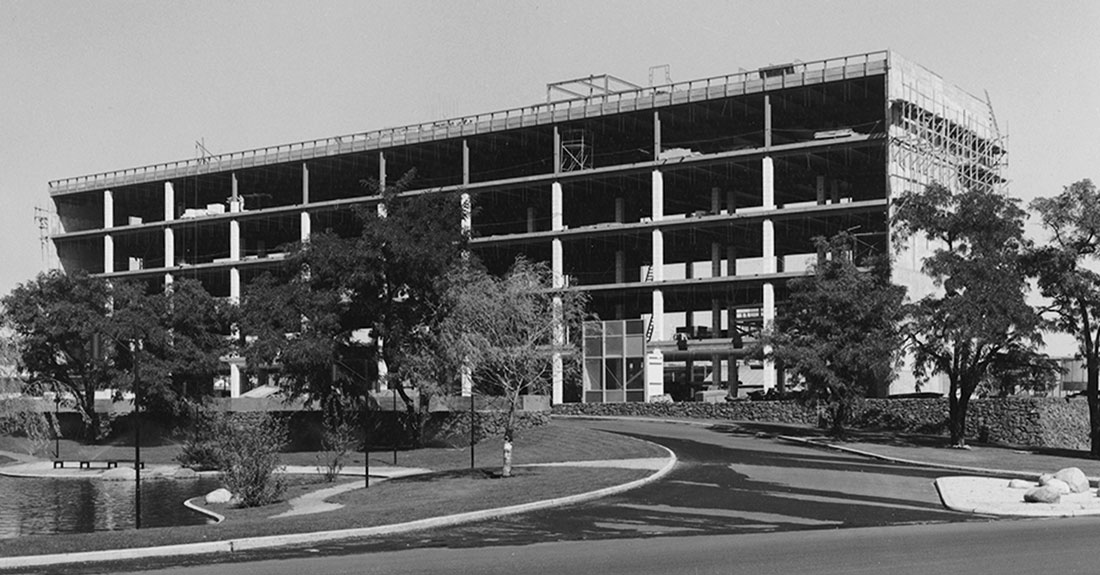 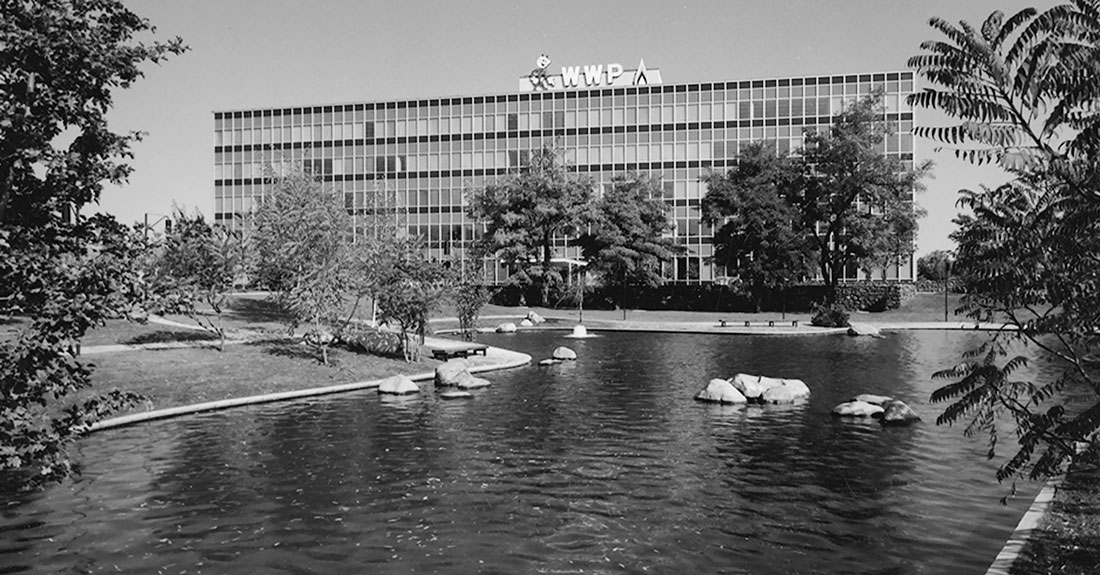 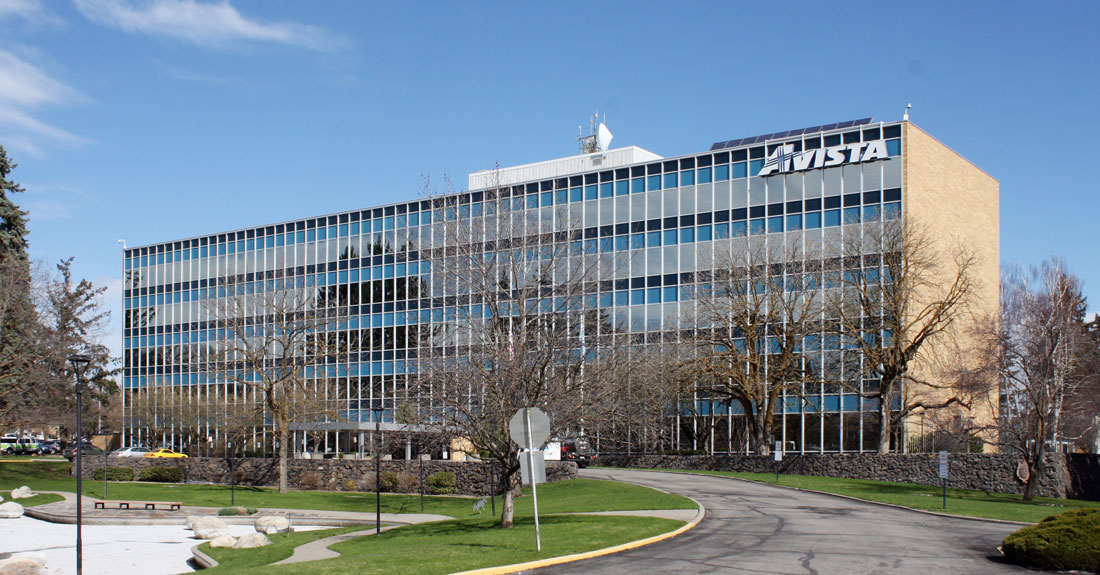 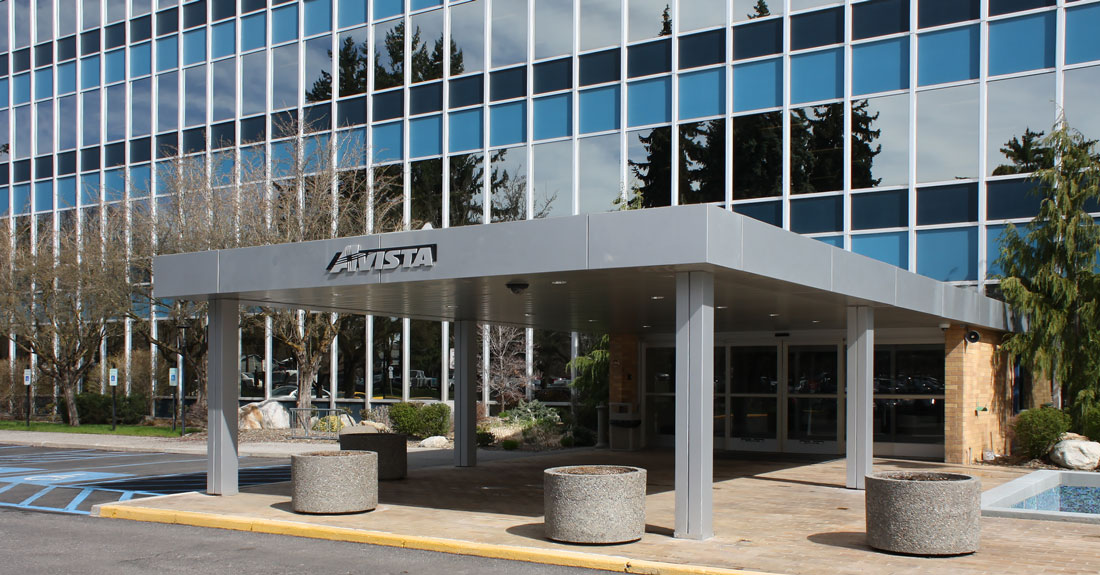 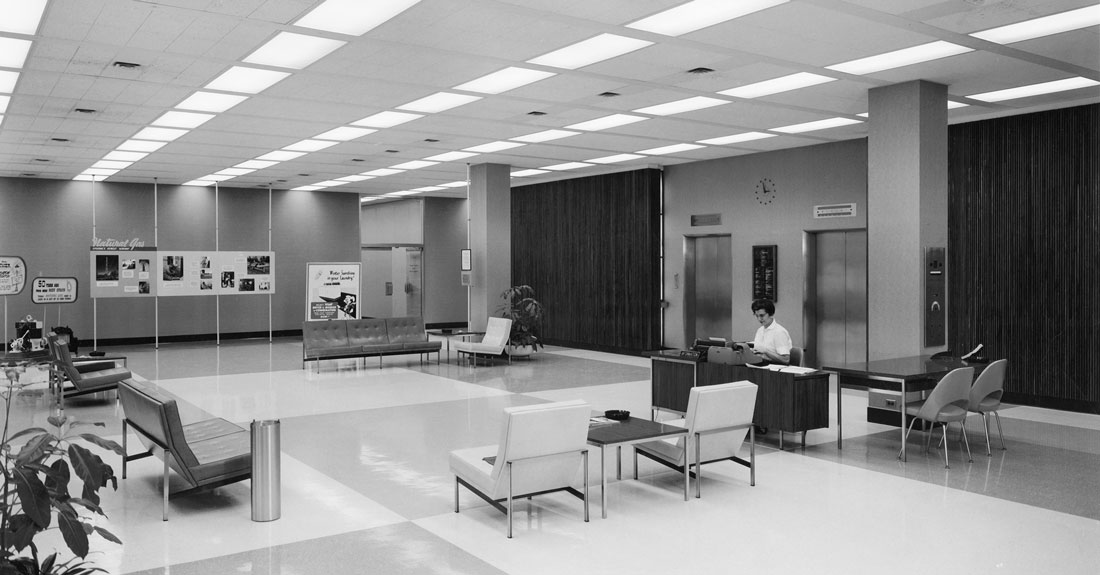 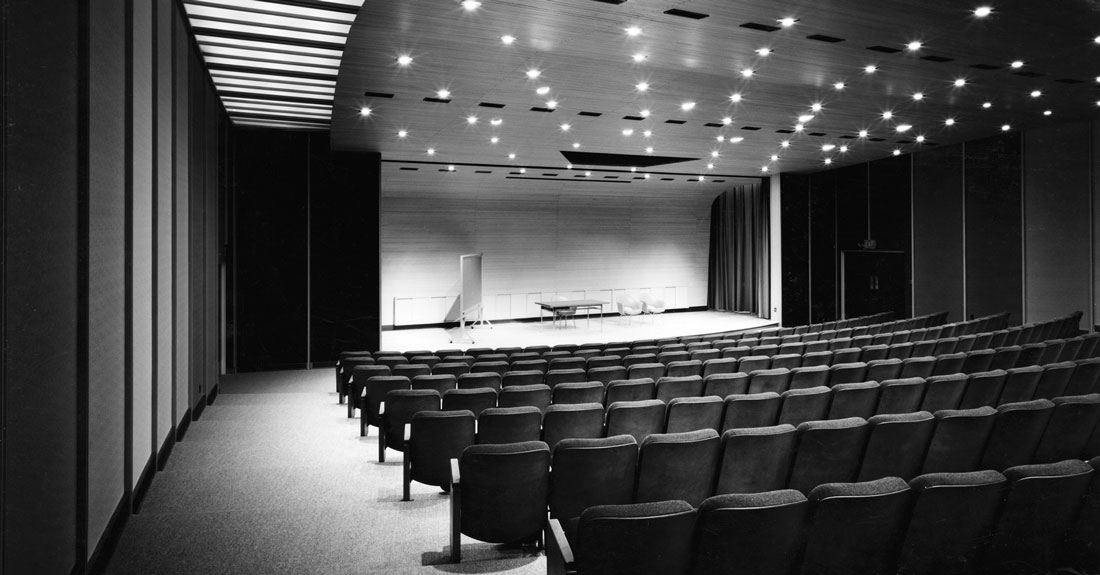 The five-story Washington Water Power (WWP) Central Service Facility building (Avista headquarters today) was designed as part of a 28-acre suburban-style campus that provided for everything from corporate offices to the construction yard for the largest public utility in the Pacific Northwest. The headquarters building is a curtain wall structure, a style and construction type popular at mid-century for major commercial and public buildings. It was profiled in Architectural Record in July 1959 and won a national American Institute of Architects (AIA) First Honor Award the same year – the first national AIA award presented to a Washington state firm. The building represents a pivotal moment in Spokane’s Modern architecture movement.

“Curtain wall” refers to a building in which glass and thin spandrel panels are attached to a prefabricated, typically aluminum, frame; it also refers to the material itself, its manufacture, installation, and the construction methods with which it’s associated. Separating the structural system of a building from its window wall created more light on building interiors and allowed for more flexibility in the use of interior spaces. The larger glazed areas in curtain wall construction was made possible by new methods of glass manufacturing and made practical by the widespread use of air conditioning after World War II. Improvements in sealants and insulation materials made this form of design and construction practical, while the use of exterior curtain walls also rationalized the construction process, leading to greater efficiencies in building production.

Architect Kenneth W. Brooks formed a team to undertake this challenging commission, bringing in colleagues Bruce Walker, Lawrence Halprin, and Harold Balazs. Brooks had established his own firm in Spokane in 1951; Walker had formed a partnership with John McGough in 1953. Halprin, a nationally renowned landscape architect based in the San Francisco Bay Area, was the landscape architect for the project; Spokane sculptor and artist Balazs designed the mosaic for the formal fountain south of the main entry.