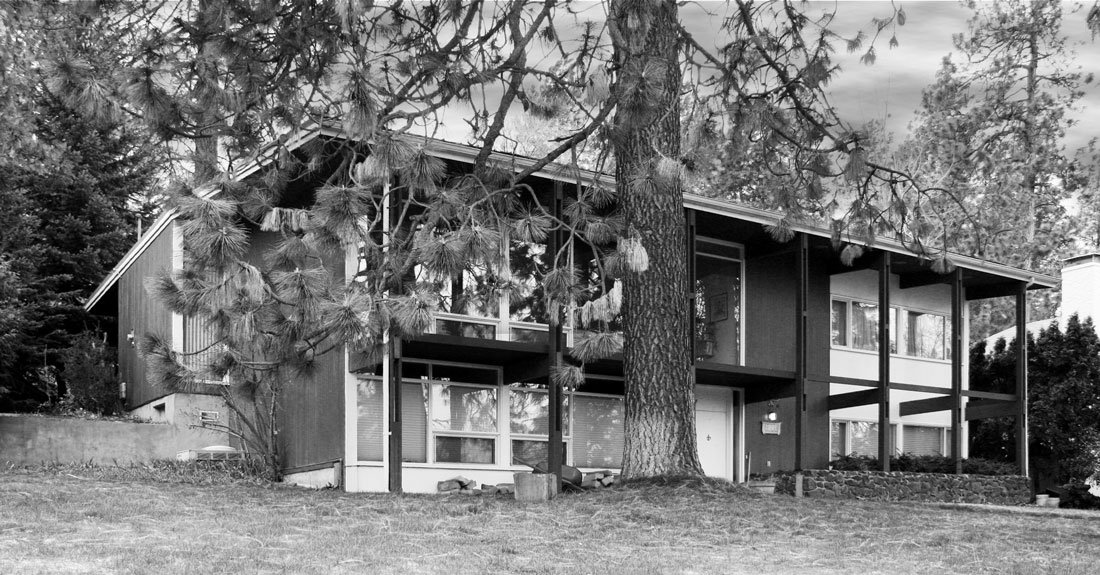 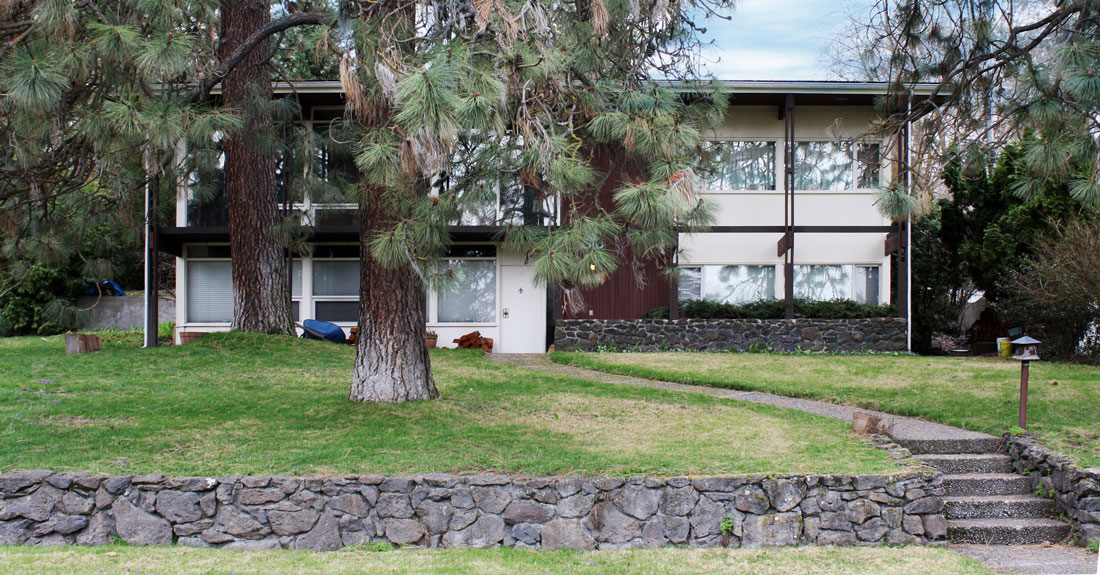 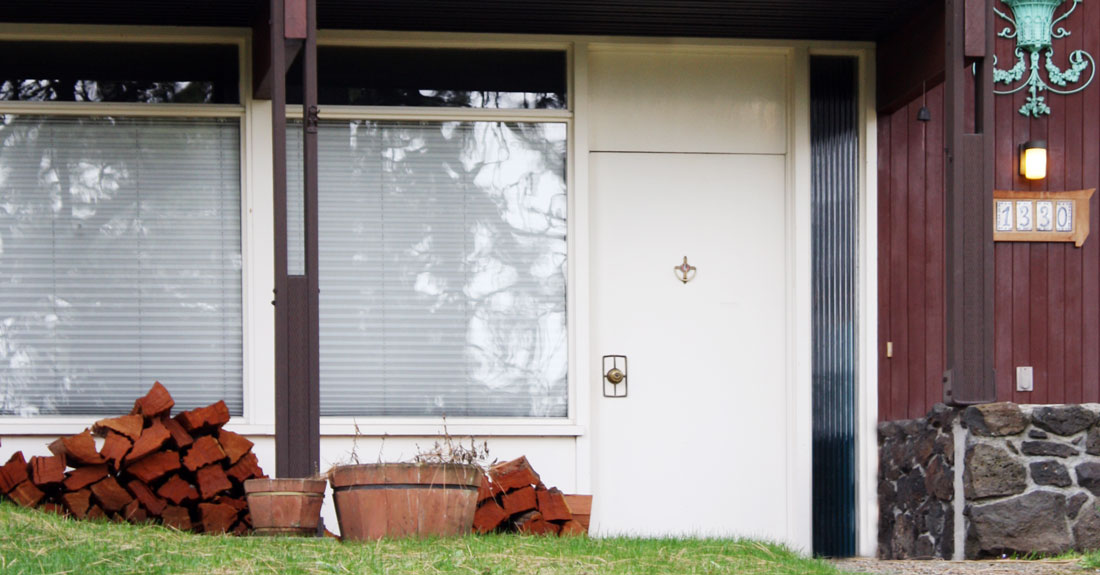 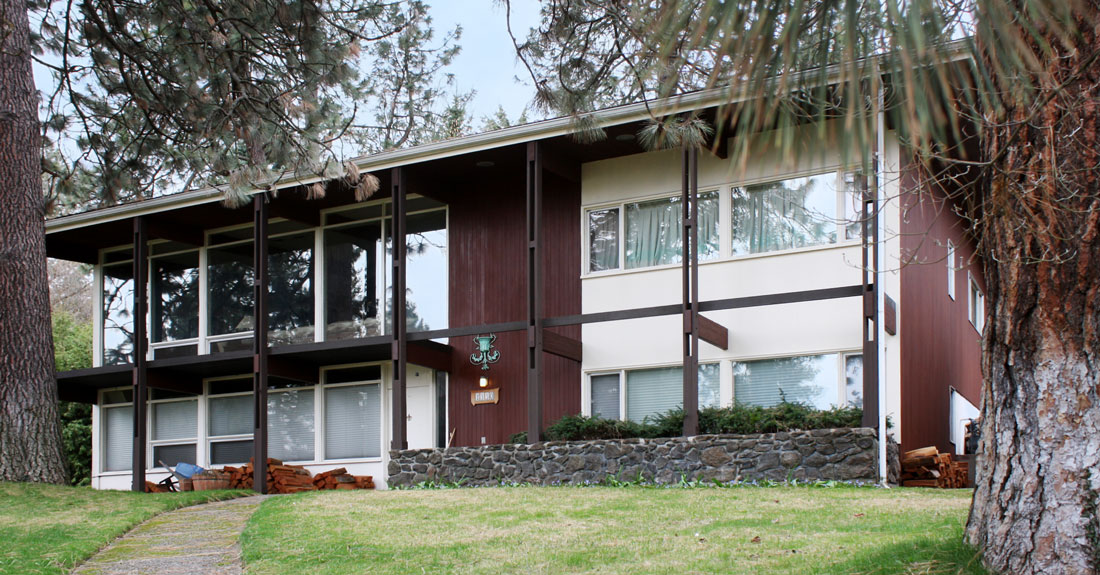 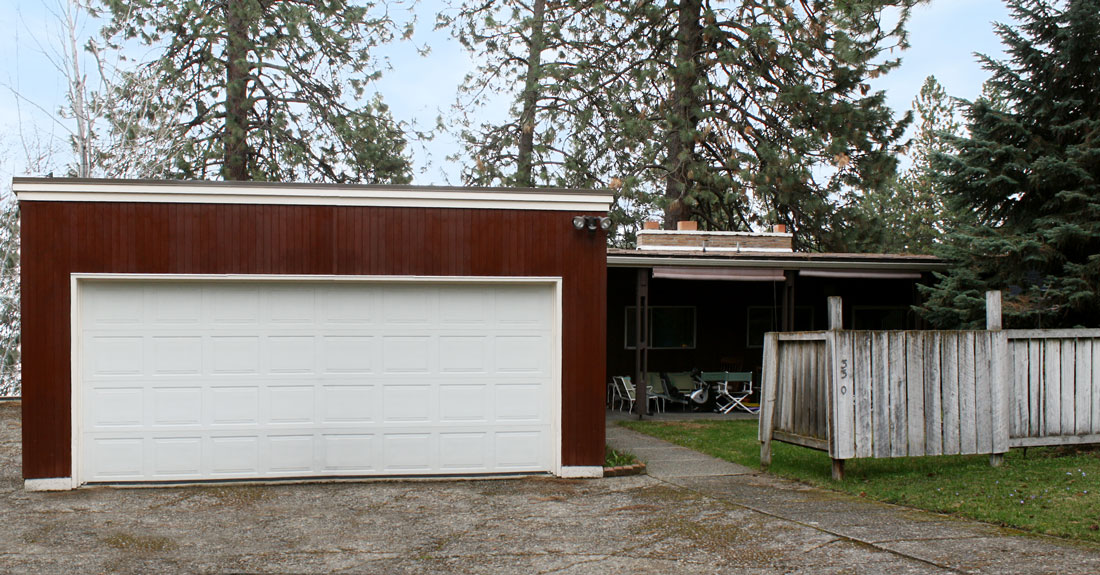 The Wesley J. Fleming house was built in 1956 in the Rockwood Vista Addition on Spokane’s South Hill. The subdivision was conceived in 1937 by William B. Matthews, a real estate broker, with underground electric and phone lines and no sidewalks. (Matthews is quoted as saying that “90 percent of the people living in higher-priced homes drive their own cars and all they want is a walk from their front door to the curb.”)

The house itself is designed in what was often called the “Contemporary” (or simply Modern) style in the 1950s and 1960s. Offering few traditional stylistic features or details, Contemporary homes relied on overall form and simple modern details to convey style. Materials also could play an important role, where their color and texture lend a richness and complement the composition of the front façade. Common features of Contemporary homes include slightly sloped or flat roofs, overall asymmetry, expansive window walls, and the use of clerestory windows under the eaves – as well as an open floor plan, an orientation toward the rear rather than the front yard or street, and the use of windows, courtyards, and other devices to bring the outdoors in. The Fleming house differs from the typical Contemporary homes of the era in that it is relatively simple in form and materials, with contrast provided by the volcanic stone planter along the north side of the front façade. Another difference is that the daylight basement faces the front yard, which may be due to the topography of the lot.

Established in Spokane in 1953 by Bruce Morris Walker and John Witt McGough, Walker & McGough received national awards for design excellence from the AIA in 1959 and 1969; the firm’s work was included twice in Progressive Architecture’s annual review of American architecture (in 1967 and 1969. Walker & McGough’s residential work was also featured extensively in a number of design textbooks, including Inside Today’s Home by Ray and Sarah Faulkner and The Art of Interior Design: A Text in the Aesthetics of Interior Design by Victoria Kloss Ball. The firm continues today, with offices in Spokane and Seattle, as Integrus Architecture.