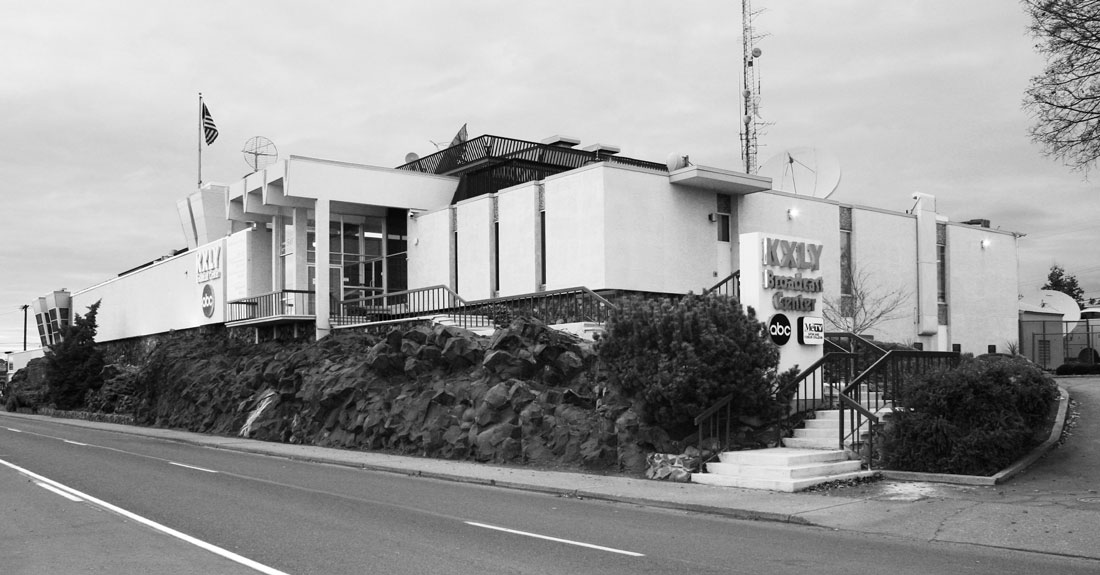 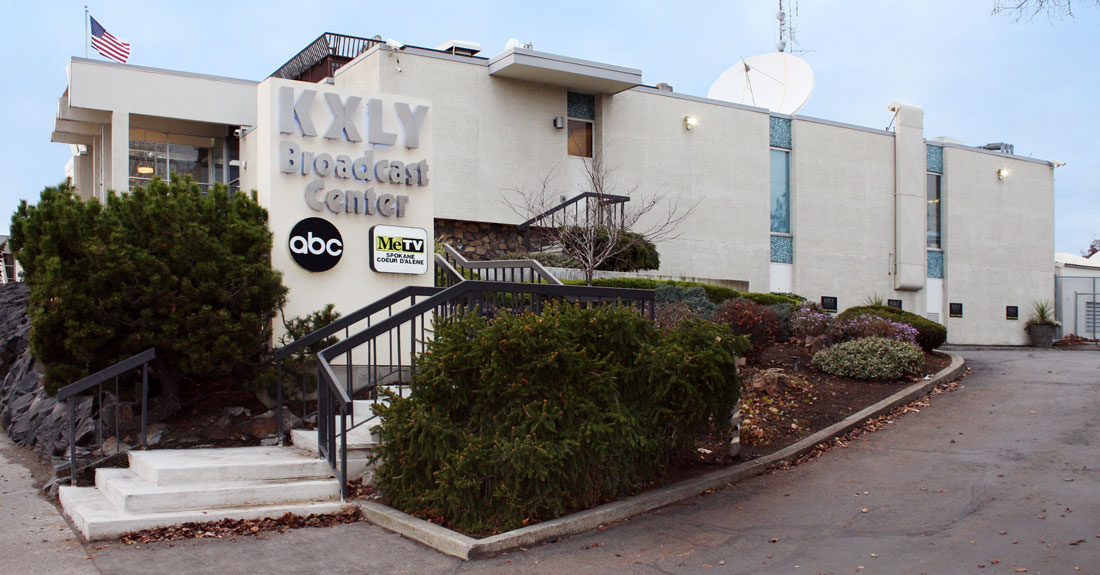 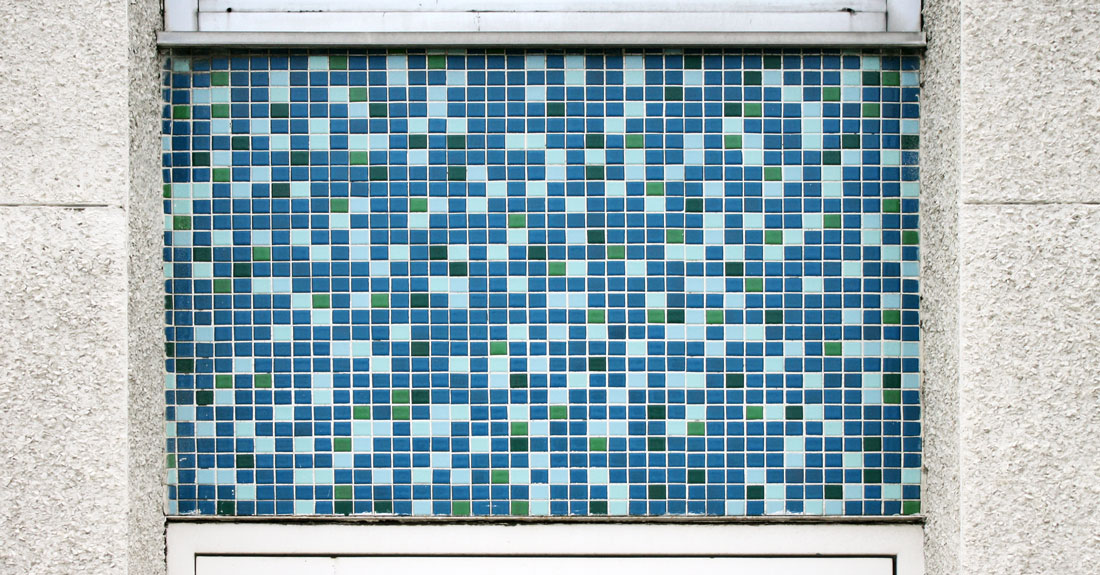 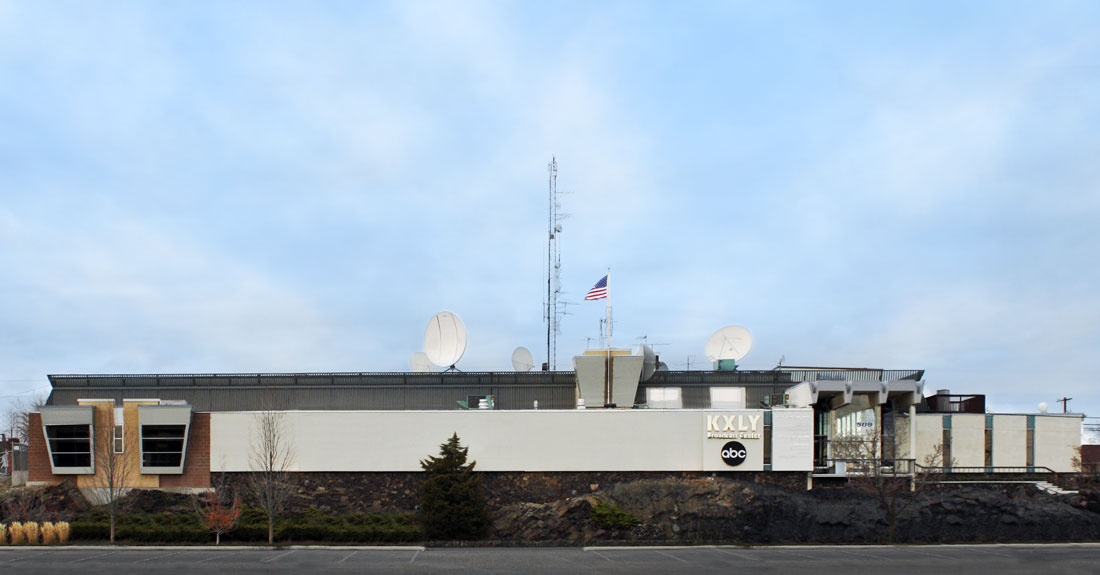 There are several important ideas about contemporary commercial and institutional design in the post-war era that fall under the general classification of “Modern”; these qualities are found in many post-war structures, regardless of style, and reflect the underlying values of Modernism. The KXLY Broadcast Center exemplifies several of these qualities.

One is the three-dimensional arrangement of forms as part of the architectural expression of the building. Another is the importance of the two-dimensional composition on any one surface as a design feature. This composition is typically asymmetrical and does not, as in traditional architecture, serve primarily to emphasize the building form. As an aesthetic device, it can also facilitate a three-dimensional “reading” of the building form by drawing the eye around the corner to the next building plane. A third Modern idea is that the pattern, texture, color, reflectivity, and other visual aspects of the building materials are also decorative features. The juxtaposition of polished granite and highly textured and patterned stone, the repetition of simple metal frames and pattern of small ceramic tiles, or the tinted glass and colored metal panels seen in many post-war buildings are the “decoration.” They represent the building’s function, its structure, and its aesthetics, and speak to new possibilities in materials and construction in the post-war era.

Architects for the KXLY Broadcast Center were James & Hicks. Willis Edward James was born in Worley, Idaho on July 30, 1921. He served as a corporal in the Army from 1942-46 and graduated from the University of Idaho in 1949 with a BS in architecture. He formed his own firm in 1953. Ernest Matthew Hicks was born December 17, 1924 in Butte, Montana. He served as a captain in the U.S. Army Air Force from 1943-46, then earned a BS in architectural engineering from Montana State College (now University) in 1950. After working as a draftsman for various firms, Hicks established his own practice. The two formed James & Hicks, Architects in 1957.