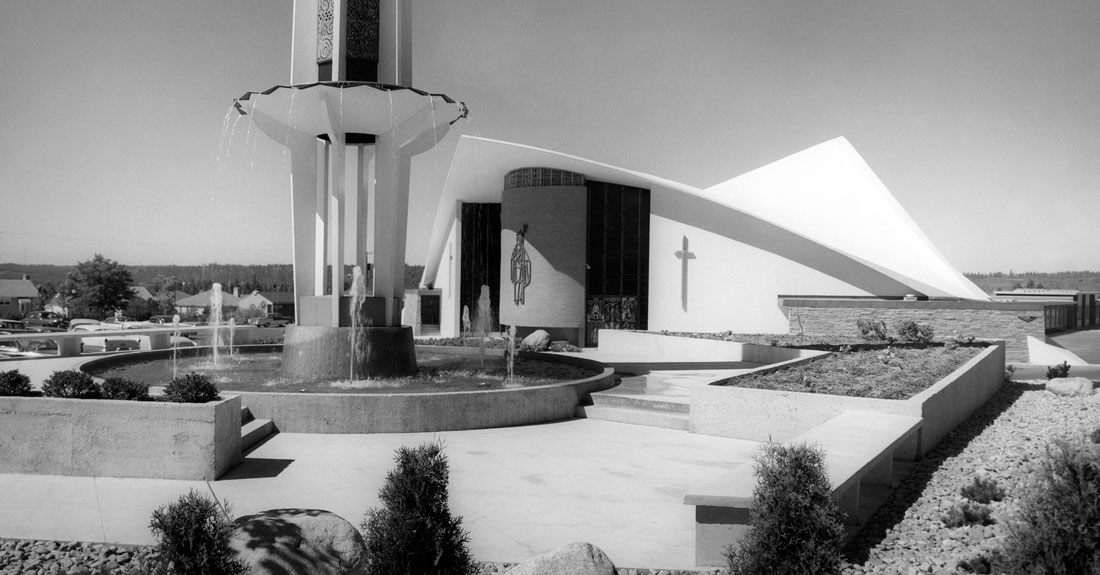 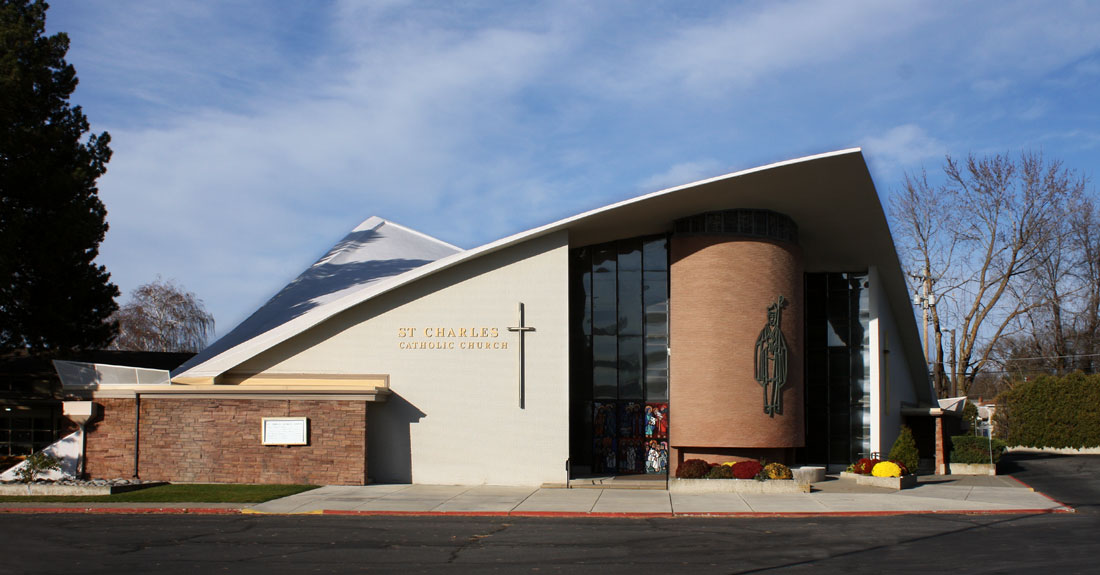 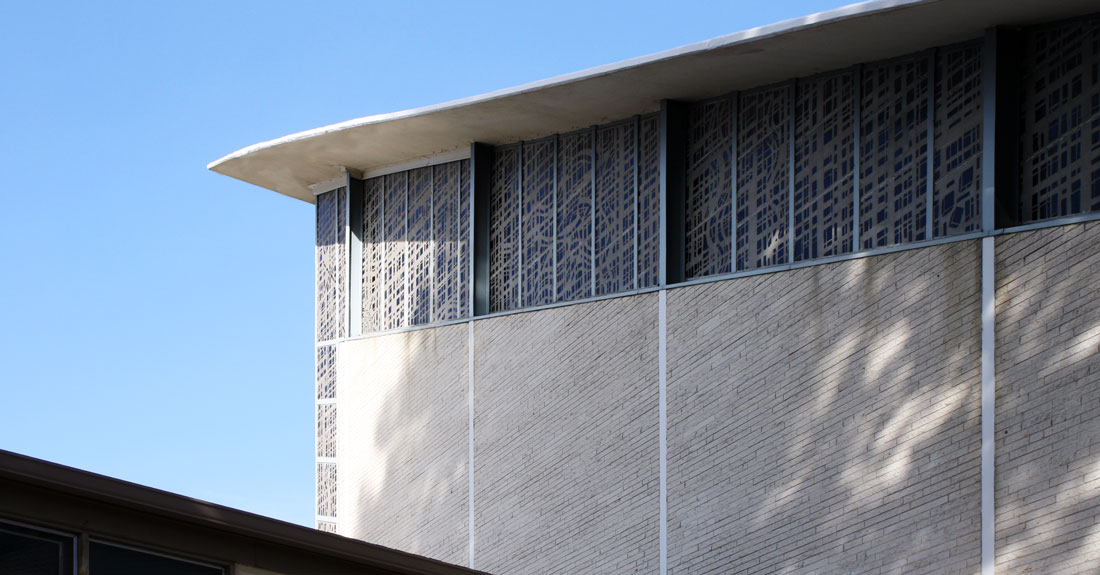 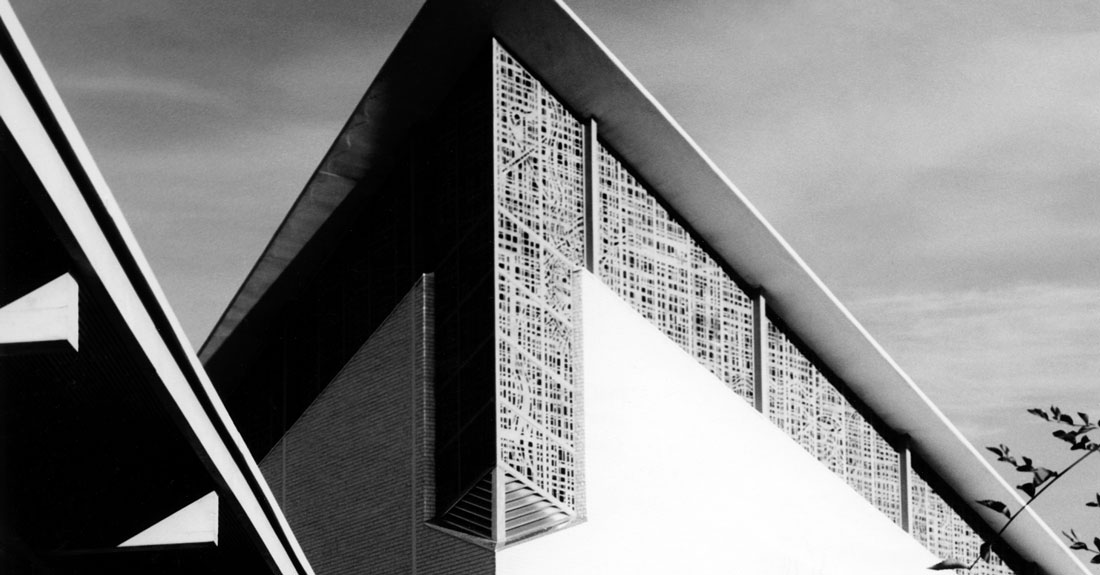 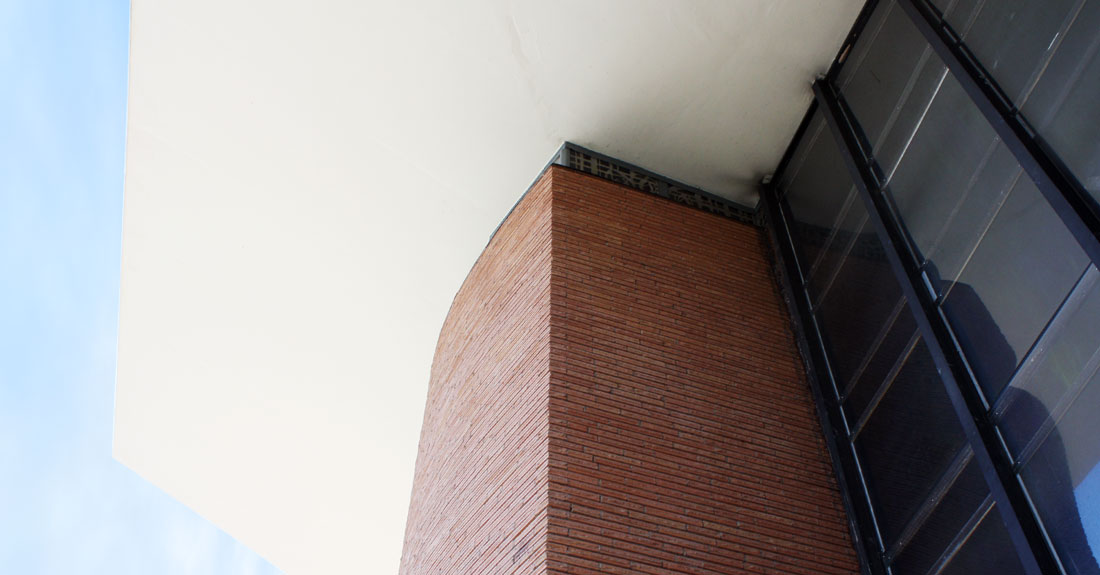 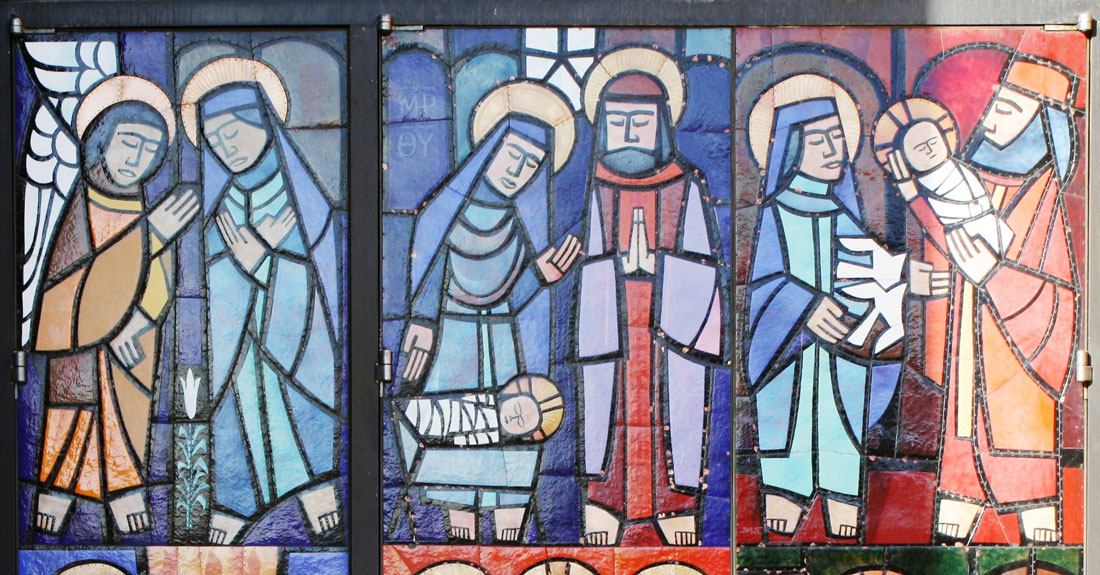 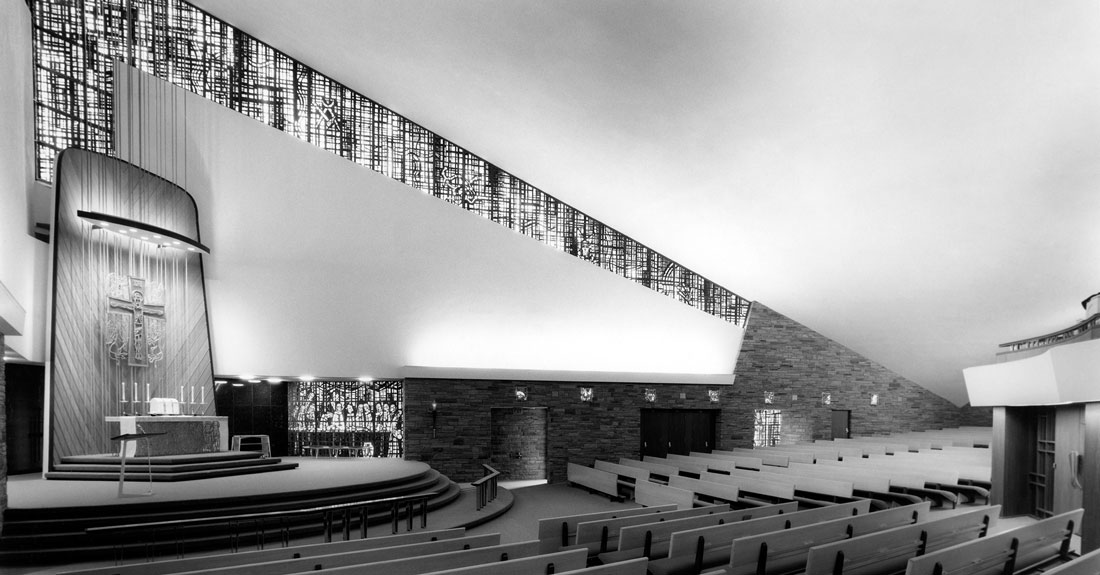 The St. Charles Borromeo Catholic Church represents a masterful integration of art and architecture by the firm of Funk, Murray and Johnson, Spokane artist Harold Balazs, and French stained glass artist Gabriel Loire of Chartres. When it was completed, the Inland Register called the church “the most strikingly modern Catholic church in Spokane.”

The roof of the church is a hyperbolic paraboloid; the building is referred to as such both for its form and for its construction: reinforced, thin-shell concrete, developed as a way to economically span large spaces without columns or other internal supports. This construction method was also popular for its expressive capabilities – such as curved and complex geometrical shapes – but without the problems caused by the weight of traditional masonry. According to architectural historian Theodore Prudon, the Lambert Airport in St. Louis, designed by Seattle architect Minoru Yamasaki, and the TWA Terminal in New York, designed by Eero Saarinen with engineering by Ammann & Whitney, are excellent examples of the use of thin shell construction “to create unique and spectacular spaces celebrating the modernity of the function.” John Christianson, a Seattle engineer perhaps best known for the construction of Seattle’s Kingdome, was a foremost designer of thin shell structures.

Albert Harvey Funk, Edwin William Molander, and Carl Herbert Johnson formed Funk, Molander & Johnson in Spokane in 1944. Molander left the firm in 1956 to establish an independent practice; when Donald Howard Murray became a partner in 1957, the practice was renamed Funk, Murray & Johnson. Over its 40-year existence, the firm created some of the region’s most visually arresting buildings, including everything from single-family residences to educational facilities to churches. It’s also known for the design of the 1945 Garland Theater in Spokane, listed in the National Register of Historic Places in 2013, and its collaboration with Spokane architects Culler, Gale, Martell & Davis on the design of the Federal Building in Richland, Washington (1965).