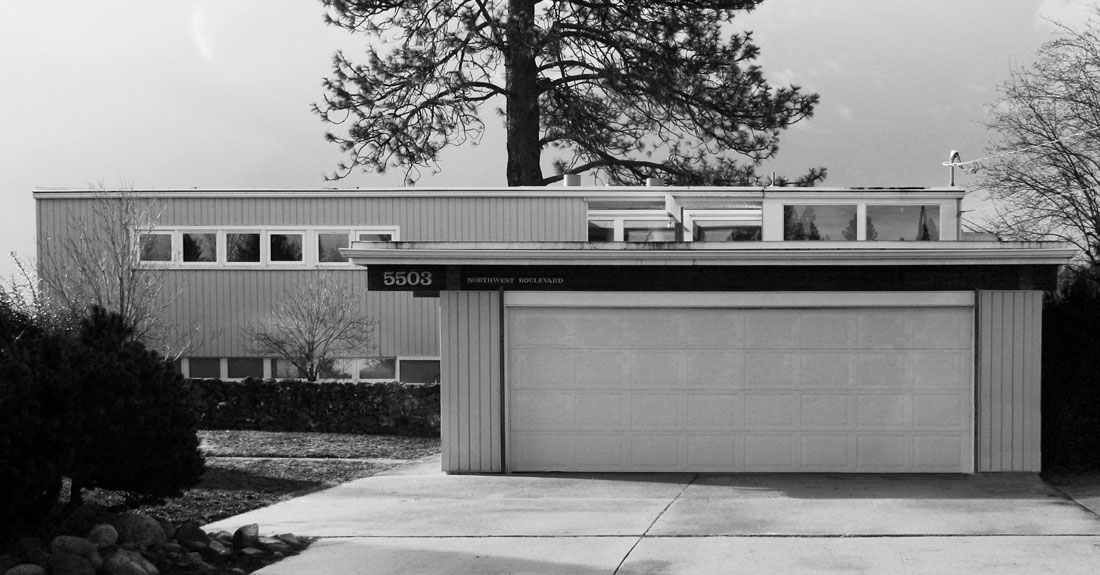 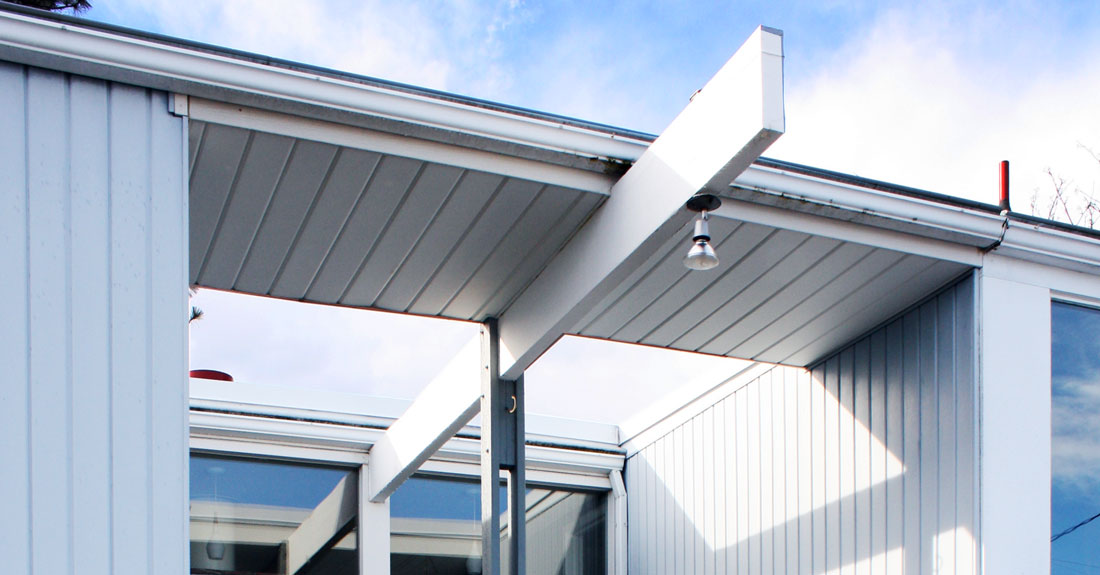 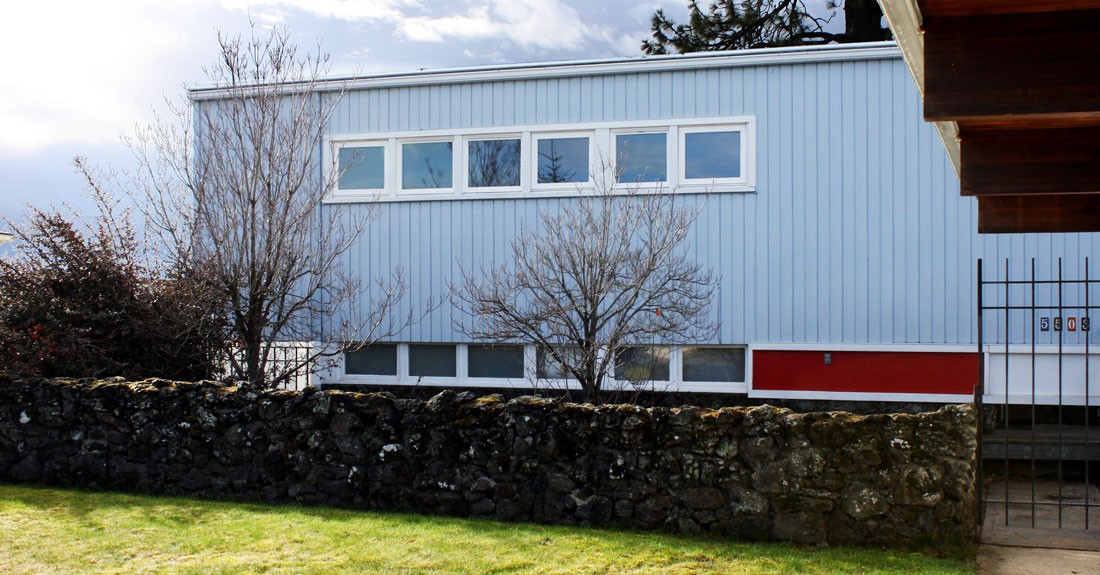 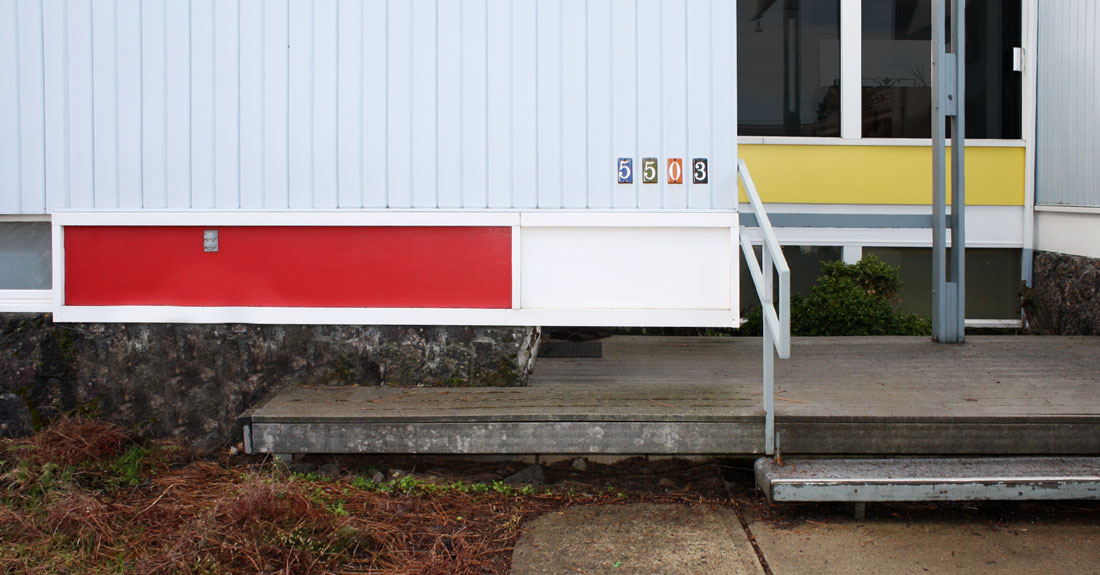 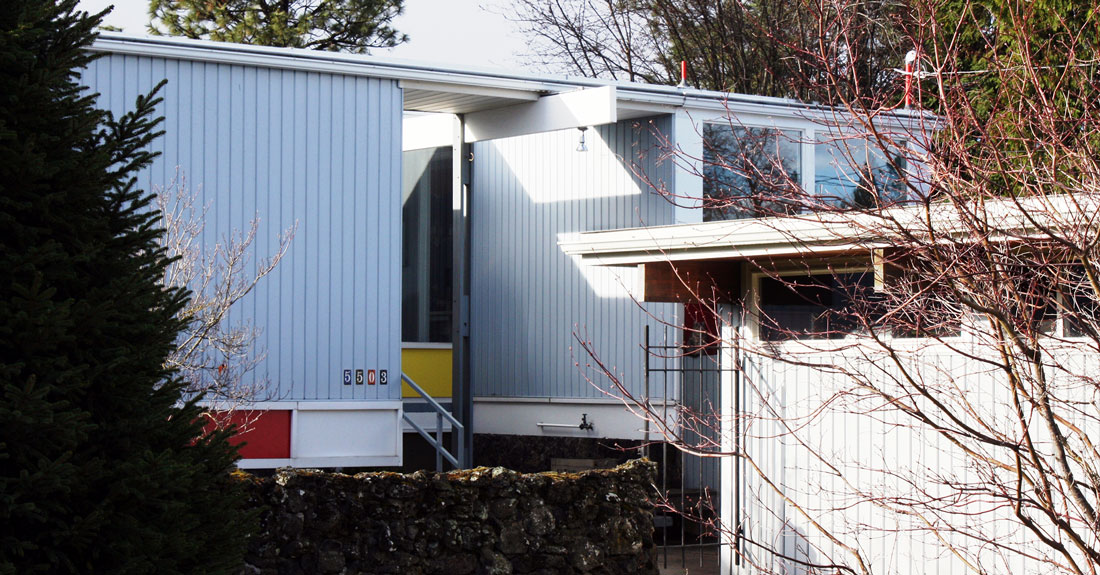 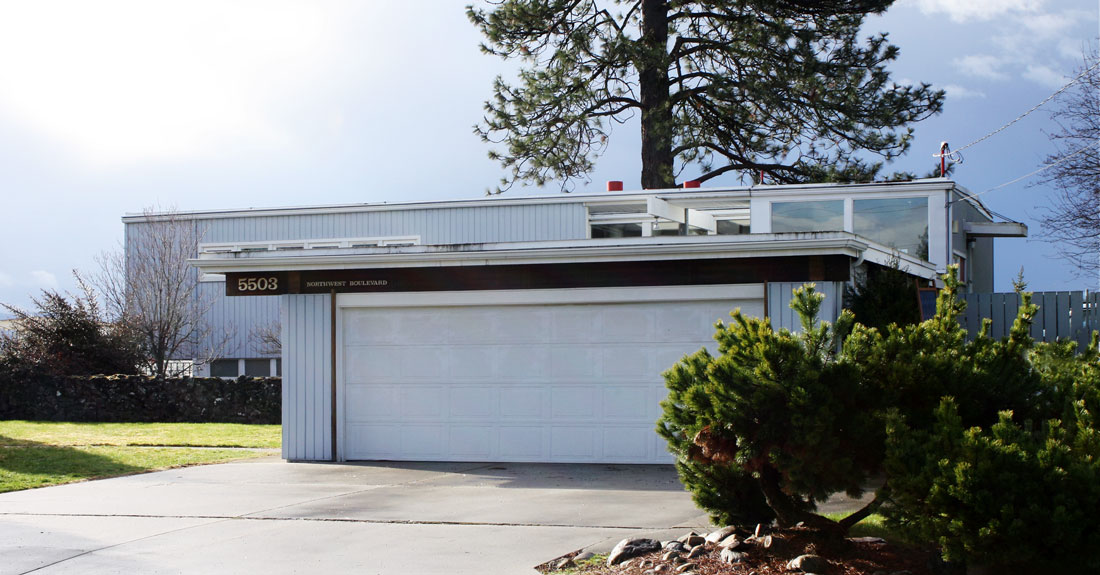 The William L. and Armande Aller house was constructed by builder A. F. Alfano for William L. Aller, a teacher at John L. Rogers High School in Spokane in the 1950s. The house is designed in what was often called the “Contemporary” style in the 1950s and 1960s. A Contemporary-style, or simply Modern, house offered few traditional stylistic features or details, relying on overall form and simple modern details to convey its style. Materials also could play an important role: The use of color and the contrast between the smooth texture of the siding and accents of stone help convey the overall composition of this house.

Research did not reveal an architect for the house, though builder Alfano’s work was featured in conjunction with architects John W. McGough and Bruce M. Walker in the 1954 Spokane Home Show’s “Futura” house, which included such features as radiant heating, redwood siding, wood casement windows, a “Swedish” type fireplace, and a built-up roof finished in white marble aggregate. It’s likely that Alfano was influenced in his design for the Aller house by his association with Walker and McGough.

Bruce Walker gained national recognition in 1951 for his “Better Living Home,” a version of which is located at 5024 W Northwest Blvd, designed for the competition of the same name. He was 28 at the time, a graduate of the University of Washington and a World War II veteran, and studying architecture under Walter Gropius at the Harvard Graduate School of Design. Out of 3,000 entries in the competition, Walker took first place – along with $8,250 in prize money – one of several honors he amassed while attending Harvard. Later that year, he was awarded a Master’s Degree in Architecture. After traveling and studying in Europe on the Appleton Traveling Fellowship, given in recognition of his scholastic performance, Walker returned to Spokane in 1952. A year later, at the suggestion of Spokane architect (and fellow Harvard GSD alum) Royal McClure, he formed a partnership with John W. McGough. The firm they founded continues to practice today, in Spokane and Seattle, as Integrus Architecture.