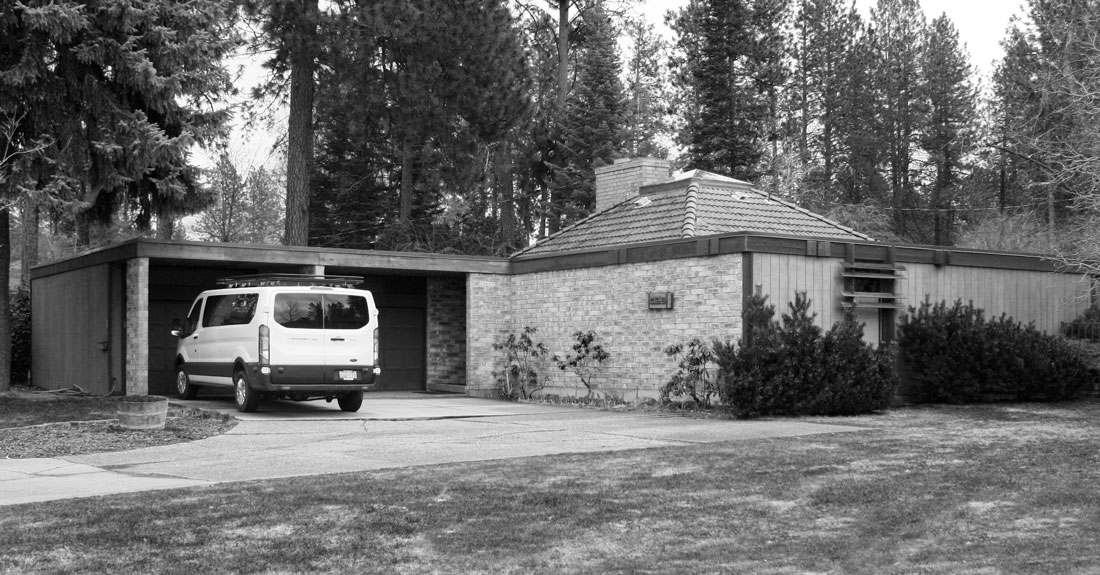 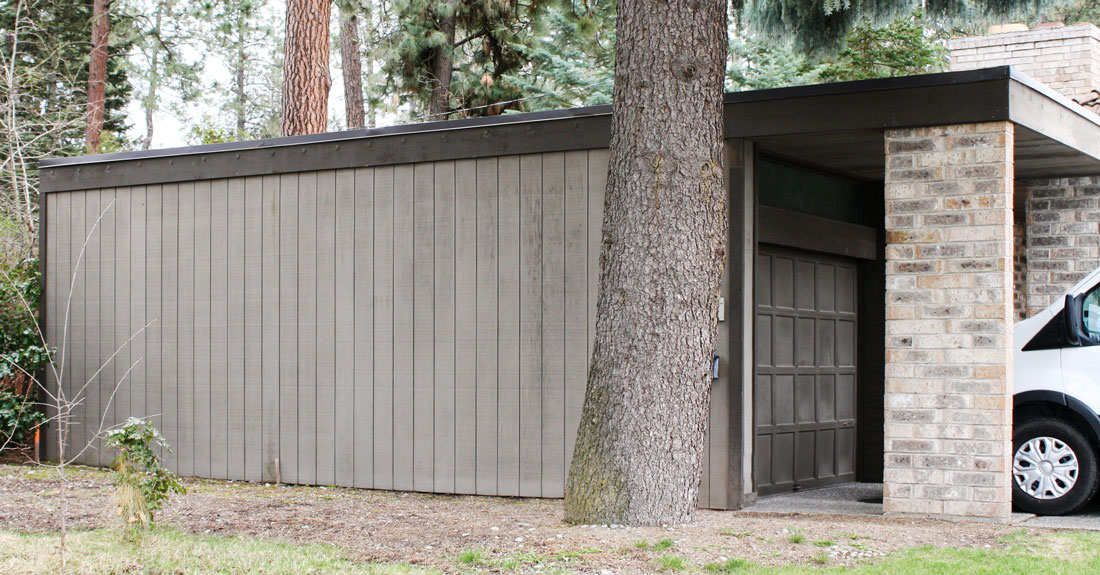 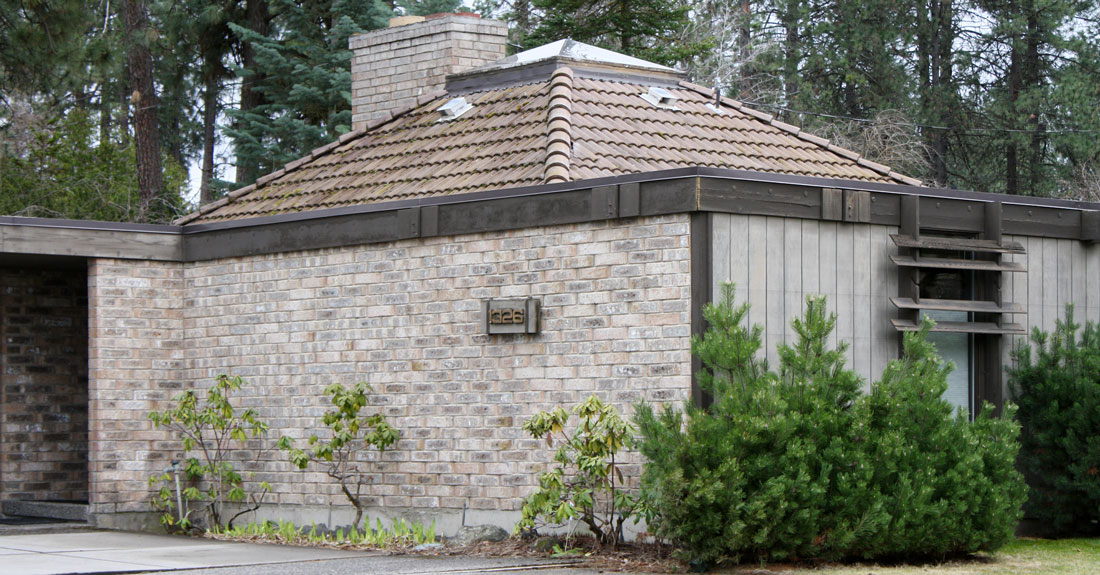 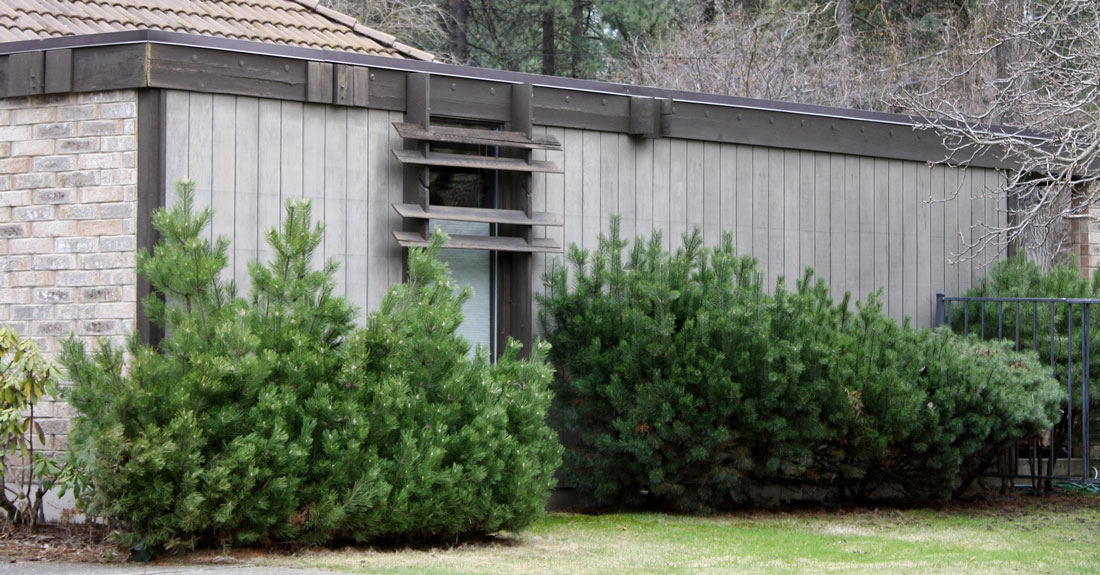 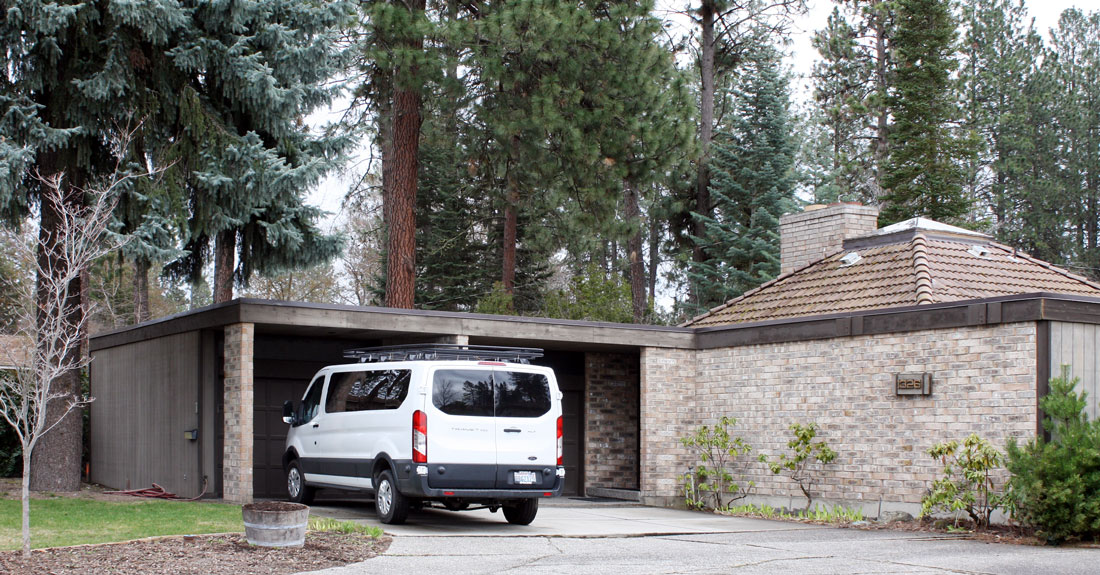 The Dayton Newell Holloway house was designed and built by architect Dayton Holloway in 1972 and served as his own residence. The house is designed in what was often called the “Contemporary” style in the 1950s and 1960s. Offering few traditional stylistic features or details, Contemporary-style homes relied on overall form and simple modern details to convey their style. Materials could also play an important role. They were often designed by architects and were considered “high style,” in contrast to the more common Ranch-style homes of the era. Common features include slightly sloped or flat roofs, overall asymmetry, expansive window walls, and the use of clerestory windows under the eaves where privacy was important. While the Contemporary style describes this house in a general way, it is unique. The main living portion consists of one large volume, which was uncommon for houses of the 1950s and 60s. It’s dominated by the steeply pitched hip roof, which allows for a spacious feel on the interior, with the high ceilings and skylight at the peak of the roof. There are few openings on the exterior, with the exception of the rear façade. The materials are unusual, and used to advantage both inside and out, with unfinished brick walls in the main interior living spaces.

Dayton N. Holloway was born July 13, 1929 in Montesano, Washington. He graduated from Washington State College (now University) in 1953 with a degree in architectural engineering. Following service in the U.S. Air Force, he came to Spokane in 1956, where he designed the Northtown, Shadle Park, and University City Shopping Centers for developer Earl McCarthy. In 1963, Holloway joined Kim Barnard to form Barnard & Holloway Architects. During their 47-year partnership, Holloway was responsible for more than 400 commercial projects in Washington, Idaho, and Montana. Principal works include the John F. Kennedy Memorial Library and Don S. Patterson Hall at Eastern Washington University in Cheney (1966 and 1970, respectively) and the Spokane Club Athletic Facility (1968). Governor Dixie Lee Ray appointed Holloway to the Washington State Board of Architectural Registration in 1978 for a four-year term as board president; he also served on the State Building Code Advisory Council. Holloway died in 2011.